As with last week’s two Double Concertos, these works stem from Bach’s later years in Leipzig, when, as Telemann’s heir to the position of Director of the Collegium Musicum, he became involved with the regular popular concerts Gottfried Silbermann’s fashionable Coffee House on the posh Catherstraße. During the summer months, the concerts took place in Zimmermann’s Gardens, in the scenic park just outside the Grimma Gate. We learned that  Zimmermann requested no rent from the players and offered free admission to the audience – the profits from the sale of that rare and exotic delicacy, coffee, paid the bills.

Coffee became popular in the Middle East and the Ottoman Empire during the 16th century, and from there it spread first to Malta and then, up the Adriatic Sea to Venice – where the first coffee house opened in 1645 – and on into Italy and the rest of Europe. In Vienna the first coffee house was established in 1683, after the Christian forces repulsed the Ottoman army at the Battle of Vienna. Using the coffee beans abandoned by the fleeting Turks (who also left their weapons and even their shoes too), a Polish officer who had fought in the battle – one Jerzy Franciszek Kuylczycki – opened a coffee house, and to make the drink more palatable to his customers, he added milk and sugar to it. Today the Viennese love their Melange, a cup of coffee mixed with hot foamed milk, a glass of water on the side. 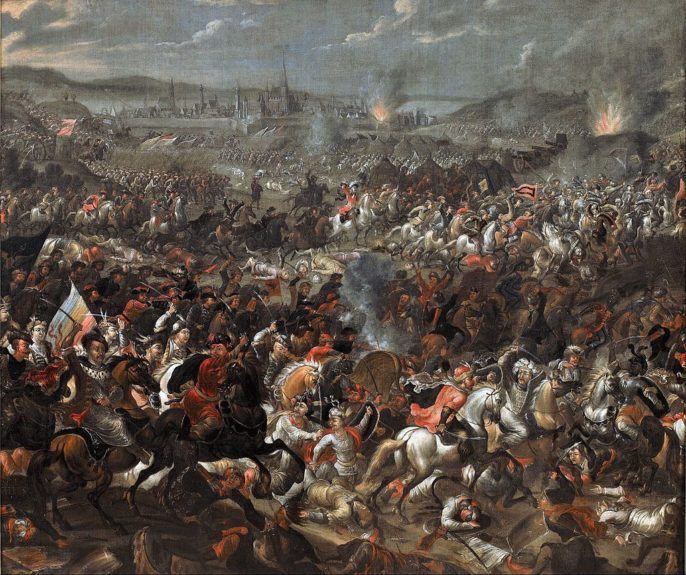 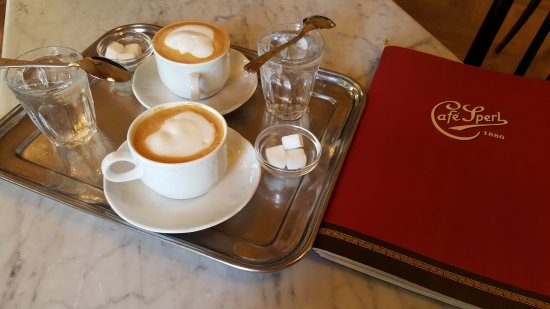 CONCERTO for Two Harpsichords and Strings, in C minor, BWV 1062

The lyrical Andante, one of Bach’s most famous works, is a cousin of the somber aria “Ombra mai fu” from Handel’s three-act opera Xerxes.  Heart-felt single-note sighs in this dreamy siciliano lend emotional sympathy to the harpsichords’ descending melodic lines.  To Bach’s 19th-century biographer Philipp Spitta, the Andante was “a very pearl of noble and expressive melody.”  The sublime movement ends simply, with a humble chordal cadence.

Opening with a tutti (full-ensemble) attaca on the downbeat, the hard-driving, fugal ritornello, with its jagged theme, launches the first movement on a trajectory that never ceases until its final chord. Hung between abridged tutti restatements of the ritornello section are energetic vyings of the two solo harpsichords, as one player scrambles over the other.

The lyrical Andante, one of Bach’s most famous works, is a cousin of the somber aria “Ombra mai fu” from Handel’s three-act opera Xerxes.  Heart-felt single-note sighs in this dreamy siciliano lend emotional sympathy to the harpsichords’ descending melodic lines. To Bach’s 19th-century biographer Philipp Spitta, the Andante was “a very pearl of noble and expressive melody.” The sublime movement ends simply, with a humble chordal cadence.

A head-motive of two quick anacrusis notes pitches the ritornello of the closing Allegro assai forward, and now the harpsichords just cannot wait for the strings to finish. Indeed, they take over the action, casting the strings into a supporting role of punctuating head-motives.  Surging triplet sixteenth-note passagework, thumping harpsichord chords, and stretto (overlapping close imitation) between the soloists, “hot on the heels of each other,” all restlessly modulating amongst keys, make this movement one of the most exciting of Bach’s Finales.

Many of you “Early Music Lifers” will remember the excitement we felt when, back in 1968, we first heard this work played entirely on period instruments by Gustav Leonhardt and Eduard Muller with the Concentus Musicus Wien and the Leonhardt-Consort. For old-times sake, here is that recording once again:

Now, if all the while you were listening to this work, your mind’s ear kept hearing violins rather than harpsichords, you were right on the mark, for Bach’s Concerto for Two Violins, BWV 1043, is the very same work, only pitched a step higher, in the more string-friendly key of D minor. 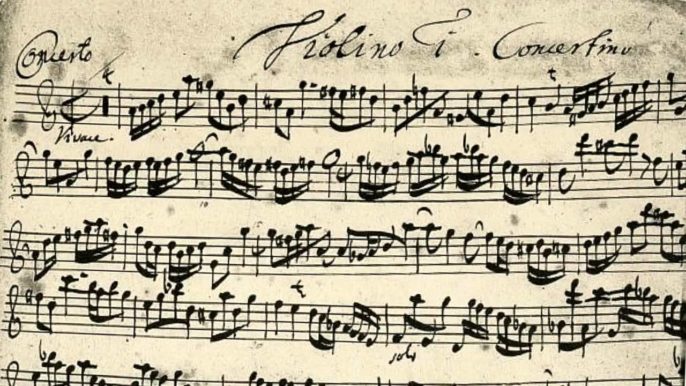 Here is a dynamic performance by violinists Shunske Sato and Emily Deans with the Netherlands Bach Society:

So which was the chicken, which the egg? Or might it have all started off as a Sonata for two violins and continuo, as a piece of virtuosic chamber music from Bach’s Cöthen period, 1717–23, as some have speculated? The consensus is that the Double Violin Concerto came first, during the Cöthen years. As Beryl Peters informs us, “The orchestra’s principal violinists, Joseph Speiss and Martin Friedrich Marcus, were both known as talented players at the time.”

CONCERTO for Three Harpsichord and Strings in D minor, BWV 1063

The origin of the Triple Concerto in D minor is unknown.  Like the double harpsichord concertos, it may originally have been scored for other instruments and in another key. Friedrich Konrad Griepenkerl, in his foreword to the first edition of the work (1845), speculated that the composition in this version owes its existence “presumably to the fact that the father wanted to give his two oldest sons, W. Friedemann and C. Ph. Emanuel Bach, Opportunity to exercise themselves in all kinds of playing.”  It’s easy to imagine Papa Bach in the middle on first harpsichord, with the Boys as his wingmen on either side – the configuration used on our video.

In the 19th century the concerto was championed by Felix Mendelssohn, who played it with Franz Liszt and Ferdinand Hiller at the Leipzig Gewandhaus in 1849. Clara Schumann also took up the work, performing it variously with Ignaz Moscheles, Sigismond Thalberg, and Hiller. What lineups!  (The Mendelssohn–Liszt–Hiller trio used three Èrard grand pianos, which would have yielded a full, yet clear sound, not as sustained as modern Steinways.)

In the first movement of the Concerto, as the annotator for the Netherlands Bach Society has observed:

Bach plays with monophony [the unison opening gesture, heard again at the end] and polyphony [throughout].  It is a solo concerto, but then for three harpsichords. Somketuim4w all the instruments play the same melody, but then they go off on their own. [Yet] even when they follow their own paths, there are still always lines played by two, three, or four hands  together. When the harpsichordists are actually all playing something different, their instruments still sound like one big combined instrument.

The result is an uniquely rich texture, as dense and tasty as a chocolate decadence cake. The dizzying virtuosity of the soloists is astonishing.

Again we turn to the Netherlands Bach Society, with soloists Lars Ulrik Mortensen, Siebe Henstra, and Menno van Delft. The pitting of just a solo quintet of strings versus the three solo harpsichords creates the perfect mix.

The central movement is again a siciliano, which the 18th-century theorist Johann Mattheson defined as a song “à la barqueriole,” that is, “boat music.” By applying their buff stops the three harpsichordists conjure the sound-image of mandolin-strumming gondoliers.

The rip-roaring fugal Finale on a jazzy syncopated theme brings Bach’s Boys to the fore as soloists. This ritornello theme can later be heard in stretto in the strings. Long strings of rapid-fire thirty-second notes raise the excitement to a fevered pitch.  The proceedings culminate in a wild trill that all three soloists are somehow expected to play exactly in unison!

(For a discussion of the perils performing the Triple Concerto by the soloists, see https://www.youtube.com/watch?v=lhhbRwFj1YM.)