A SUMMER OF MOZART, BEETHOVEN AND MERRIMENT
EMS concert and Fundraiser at Washington Park Arboretum

We gathered again for a live concert on a Sunday afternoon in late August as Early Music Seattle presented A Summer of Mozart, Beethoven and Merriment to an enthusiastic audience. Located on the terrace of Wisteria House in the Washington Park Arboretum, Alexander Weimann, Seattle Baroque Orchestra Music Director and new Concertmaster, Rachell Ellen Wong performed musical favorites under the summer sun. Champagne, cake, and conversation concluded this delightful event. Thank you everyone who donated to EMS during this event.

“an orchestra of voices”
The complex and emotionally charged dialogue between the sexes is an eternal theme for composers, from the bawdiest of Renaissance Madrigals by Willaert and Monteverdi through standards by Cole Porter, by way of Ravel’s dramatic Trois chansons. In another vein, godliness bestowed upon women is extolled in works by Andrea Gabrieli and Eric Whitacre. She Said/He Said features female voices as diverse as Hildegard von Bingen and Stacy Garrop, German Romanticism from Brahms and Fanny Mendelssohn, and songwriting by Joni Mitchell. The program concludes with popular songs and jazz standards arranged specifically for Chanticleer.

The GRAMMY® Award-winning vocal ensemble Chanticleer has been hailed as “the world’s reigning male chorus” by The New Yorker, and is known around the world as “an orchestra of voices” for its wide-ranging repertoire and dazzling virtuosity. Founded in San Francisco in 1978 by singer and musicologist Louis Botto, Chanticleer quickly took its place as one of the most prolific recording and touring ensembles in the world, selling over one million recordings and performing thousands of live concerts to audiences around the world.

Conceived a few months before the coronavirus pandemic ravaged the world, this program by Accademia del Piacere serves as a tribute to its victims as a reminder that much more devastating epidemics and calamities—speaking in social terms—have been commonplace in the world for centuries.

The authors of our program knew them intimately: Correa de Arauxo experienced the Atlantic plague in Seville in 1599, where he studied composition with Alonso Lobo, who himself saw the disease pass through Toledo. It is there where he wrote the poignant Versa est in luctum for the funeral of Philip II, who died in 1598 At the same time Matthias Weckmann in Hamburg and Dietrich Buxtehude in Lubeck suffered the havoc of the terrible Thirty Year War.

Mogavero witnessed the decline of his decimated Venice. The presentation of his Lamentations is a first recreation in modern times of this work. Four centuries since its composition, humanity still contends with the feelings of pain brought about by the devastation of war, the inspiration of the biblical texts twenty-six centuries old, which transcend time and geographical space.

Raúl is the current City of Redmond Poet Laureate. He teaches poetry in Spanish through the Seattle Arts and Lectures (WITS) program, also through the Jack Straw Educational Project. In the last three years he volunteered for PONGO Teen Writing at the Juvenile Detention Center. Recently, he translated Ellen Ziegler’s book for the Museum of Antique Mexican Toys located in Mexico City. His forthcoming second collection “When There Were No Borders” will be released Spring 2021 from Flower Song Books, McAllen Texas.

Out of the dark and into the blue
Early light startles my sleepy mind,
Storms, earthquakes, toxic air, the sky no longer blue.

Sound of falling trees without a clue
Amazed and surprised to find,
Out of the dark and into the blue.

Mud slides, disaster, and death for more than a few.
God sent destruction to wipe out the humankind,
Storms, earthquakes, toxic air, the sky no longer blue.

Mother Earth surprised us, no one knew.
Soon will be our turn to find,
Out of the dark and into the blue.

Our lives darkened and no longer in the hue,
Slowly, the planet will come into a grind.
Storms, earthquakes, toxic air, the sky no longer blue.

Everything, every-thing all things will be askew,
A barren planet left behind,
Out of the dark and into the blue
Storms, earthquakes, toxic air, the sky no longer blue.

Written by Orazio Vecchi in 1597, this musical romp was produced by Early Music Seattle at the Moore Theater for the 2008-09 season. It combines ribald commedia dell’arte street theater with refined Italian madrigals. Directed by Arne Zaslove (founder, Bathhouse Theatre), it was originally paired with Monteverdi’s Ballo delle ingrate to make a double bill, A Day on the Town, A Night in Hell. A reprise of L’Amfiparnaso is an opportunity to have public conversations about artistic works and the norms and values in play when they were conceived. How do we view these works and interpret them for our times? How might the art of our times be viewed by future generations?

Early Music Seattle and IHC offer this unique exploration of the cross section of Irish traditional and sacred song, Gregorian chant and poetry by the internationally renowned mother and son duo, Mícheál Moley Ó’Súilleabháin and Rev. Nóirín Ní Riain, PhD. This performance sponsored by Aly Gardner-Shelby and Bill Shelby Presented in partnership with the Irish Heritage Club of the greater Seattle area.

This miniature baroque opera by Claudio Monteverdi boasts a story line only a twisted baroque mind could conjure: women are banished to hell for the sin of being less than amorous to their suitors.

The Spanish ensemble Academia del Piacere has created a beautiful video program that sets the context for the musical contributions of Spain in the 17th century. Polyphonic music of the European Renaissance combines with Moorish influenced xacaras, and folias completing the stylistic evolution that would influence the traditional music of Latin America. The concert features music by Antonio de Cabazón Heinrich Isaac, Jacobus Arcadelt, Santiago de Murcia, Gaspar Sanz, and others.

JOHN LENTI
In Concert: The Artistry of John Lenti

Under the guidance of Music Director Alexander Weimann, Pergolesi’s 18th-century score comes to life on the delicate gut-strung baroque string instruments of the Seattle Baroque Orchestra. Incisive one moment and dreamlike the next, the music drives the dancers to explore a rage of expression the composer probably could not have imagined. Vocal soloists Yulia van Doren and Krisztina Szabó round out this stelar performance.

Because of the pandemic and restrictions on concert attendance, EMS is bringing back its performance of Pergolesi’s famous Stabat Mater originally performed during Early Music Seattle’s 2018-19 season. We have enhanced this archival video with improved sound and editing to produce a concert-worthy performance.

The past months have been difficult for so many reasons, but certainly one reason is a forced reckoning with our own feelings and emotions. Months of solitude injected with stress and fear have spawned emotional turbulence that have coerced deep introspection. Fortunately, this the very purpose of music and art – to allow exploration, investment, and expansion in our own emotional state, or that which makes us not just human, but actually real. 18th century musicians knew this about music – that it has the power to metamorphize pain and restore balance, using just the delicate effervescence of vibration, light, and meaning. Soprano Linda Tsatsanis, Cellist Nathan Whittaker, and Poet Nikolijne Troubetzkoy curate our reflection on (journey of) emotional turbulence allowing the music of Purcell, Bailly, Dall’Abaco, Dowland, Le Camus, Bach, and Matteis to be our guide.

BROADCAST of Handel’s “Messiah” performed by the Seattle Baroque Orchestra and Byrd Ensemble under the direction of Alexander Weimann, at St. Mark’s Cathedral, Seattle, April 27, 2019.

Lecture for Sine Nomine’s concert, Together Alone with William Byrd!

ANCIENT MUSIC OF THE CELTS

In this beautiful video, Historic Instruments and the Continuity in the Galician Tradition, the piper Carlos Núñez illustrates the connections between the musical practices of the British Isles, Brittany, Spain, and the Americas. The commonality is the ancient Celtic nations, which spread culture through conquest and trade before the European Middle Ages.  Enjoy! 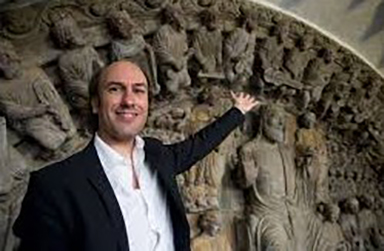 Five musicians who specialize in baroque performance from the Pacific Northwest (Kris Kwapis, trumpet; Curtis Foster, oboe; Christine Wilkinson Beckman, violin; Nate Helgeson, bassoon; and Jillon Stoppels Dupree, harpsichord), this concert/documentary includes interviews, the rehearsal process and recording of rarely-heard 17th century music from the Moravian/Bohemian region of what is now the Czech Republic. Experience an exclusive behind-the-scenes look at different voices coming together to create a chamber music program after months of performance cancellations because of the pandemic. Works by Finger, Biber, Schmelzer, Vejvanovsky and Poglietti. Directed by Kris Kwapis.