Executive Art Director, Gus Denhard; Board President, Jim Hessler; and Seattle Baroque Orchestra Music Director, Alexander Weimann, will be discussing our successes, challenges, and what the future looks like for Early Music Seattle. They will also be taking questions. Please submit questions ahead of time to gus@earlymusicseattle.org 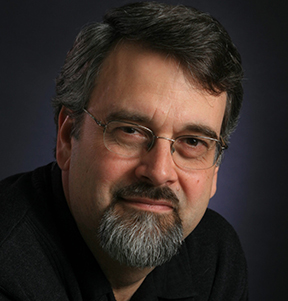 Gus has been Executive Director of Seattle Music Seattle since 2000, leading the organization through many periods of change. He also performs on lute, ud, theorbo and Baroque guitar, performing regularly with Trío Guadalevín and the Eurasia Consort. He has appeared with Ensemble Caprice, Baroque Northwest, the Concord Ensemble, Chicago Music of the Baroque, the Indianapolis Baroque Orchestra, the Portland (OR) Symphony Orchestra, Camarata Pacifica Baroque, and many other ensembles specializing in early music. His Doctoral dissertation, Lute Realizations for the English Cavalier Songs (1630-1670): A Guide for Performers, has been published on line by the Lute Society of America. 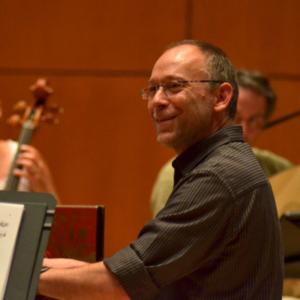 Alexander Weimann is our esteemed music director who masterfully plays the harpsichord while conducting our Seattle Baroque Orchestra in performances with visiting guest artists and local creative partners like the Byrd Ensemble and Whim W’Him Modern Dance Company. He is one of the most sought-after ensemble directors, soloists, and chamber music partners of his generation. After traveling the world with ensembles like Tragicomedia, Cantus Cölln, the Freiburger Barockorchester, the Gesualdo Consort and Tafelmusik, he now focuses on his activities as Artistic Director of the Pacific Baroque Orchestra in Vancouver, and as music director of Les Voix Baroques, Le Nouvel Opéra and Tempo Rubato.