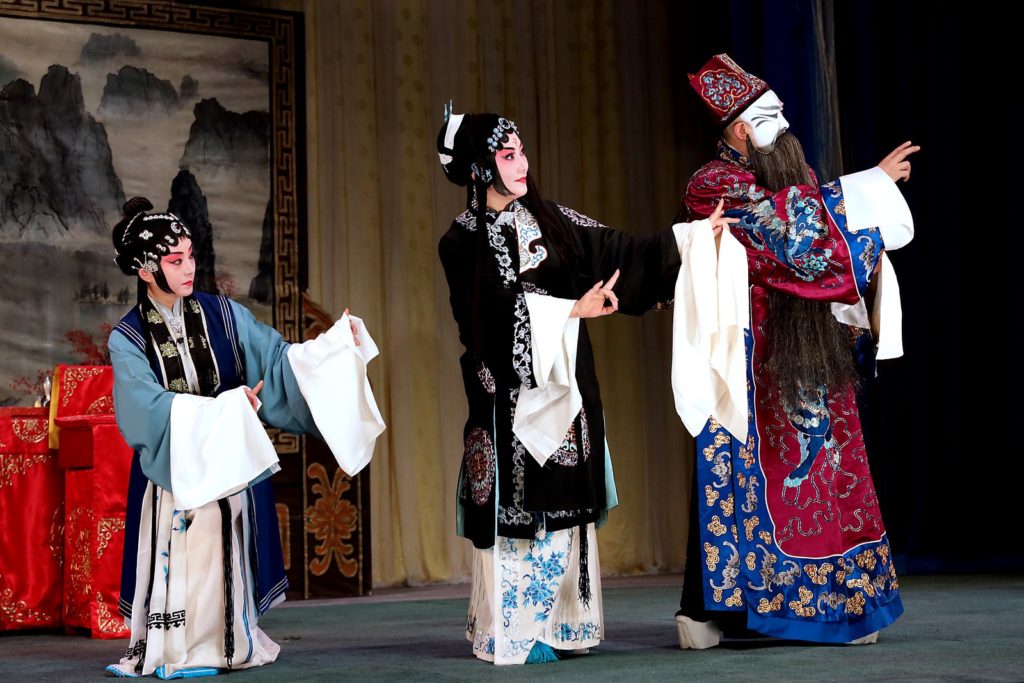 Chinese Opera is a performing art in China, bringing together music, literature, drama and visual art. It represents the quintessence of traditional Chinese culture. The New York Chinese Opera Society (NYCOS) was founded in 2006 as a non-profit and has engaged many people interested in Chinese Opera and in Chinese culture in general. Its mission is to introduce and promote Chinese traditional opera, increasing its popularity in the U.S. Since its founding, NYCOS has organized many cultural events, including public performances, community activities, and workshops, bridging cultural differences, and fostering diversity. In furtherance of its mission, the NYCOS Youth Troupe and the Calligraphy Program, as functions under NYCOS, provide opportunities for greater engagement in traditional Chinese culture..

For this article I interviewed Junqing Li, Program and Business Development Director for the New York Chinese Opera Society.

GD: I understand NYCOS is one of a few Chinese opera companies in the USA.  I think that it is important work that your organization is doing, not only preserving this ancient tradition, but passing it on to the next generations. Can you give a brief history of the art form of Chinese opera and why it is important to preserve and share it?

NYCOS’s focus is Peking Opera performance, which is one of the five significant forms of opera in China, regarded as the high point of Chinese traditional theatrical culture. Peking Opera began to develop rapidly in the Qing dynasty and enjoyed unprecedented prosperity up to the present time.

The symbolic staging for Peking opera sets the tone for the singing, which is accompanied by Jinghu (Chinese Violin), gongs, and drums mainly. There are four interlocking artforms in Chinese opera performance: singing, speaking, dancing, and martial arts. According to the singing voice and characters, the opera developed four kinds of roles: Sheng (male characters), Dan (female characters), Jing (Characters with particular temperaments), and clown (humorous characters). Based on these elements, Peking opera uses a comprehensive performing style to tell the story. On November 16, 2010, Beijing Opera was listed as one of the world’s priceless cultural treasures. It has become a critical medium to introduce and spread traditional Chinese art and culture around the world.

Peking opera is not only a historical Eastern performing art form but also a combination of etiquette, civilization, history, and wisdom from Chinese culture. The meaning of preservation is not only for art but also for the values of being a great human under the perspective of Eastern values. Through the protection and sharing of the Chinese opera, we believe it lets young people in the Chinese community best understand their traditions and arts and be more confident about their cultural identity. Also, it brings a deep understanding of Chinese and Eastern Asian culture to other ethnicities. At the same time, we enrich the art scene in Chinese communities and the cultural diversity in the New York Tri-state area by our community events, cultural exchange events, and Youth Troupe events.

GD: What was the original vision for starting the company, and who else participated in its creation?

JL: The mission of the New York Chinese Opera Society (NYCOS) is to catalyze the promotion and artistic development of Chinese culture and opera and create opportunities for enjoyment, understanding, and appreciation by all people. The organization started under the direction of the former artistic director Xiangsheng Cao, the former president Chi Chu and the treasurer Daniel Yu. They started the company by providing high-qualified Peking opera performance to the community while enhancing the cultural communications between the East and the West. They valued community service and created an environment of understanding, appreciation, and art enjoyment both inside and outside of the community.  After a 14-year development, now it still performs its mission to preserve and share this art to the city while cultivating the interests of younger generations from different communities, towns, and countries in Chinese opera and culture.

GD: The company has an extensive youth program and also a calligraphy program.  What are the goals of these programs, and who are the instructors?  What do you hope to pass on to young people?

JL: In the beginning these programs were used to enrich our Sunday activities with the goal of attracting young students as a means of promoting and advancing Chinese opera and culture. These programs were highly successful from the beginning, particularly with the foreign students from China furthering their studies in Western science and art, attending colleges such as NYU and Columbia University. It gives them the opportunities to reconnect with traditional Chinese culture while away from home. These programs also attract local youngsters who are interested in Chinese culture.  Right now, most core members and instructors of the Youth Troupe and calligraphy classes are Chinese international students and local young professionals dedicated to traditional culture. They create a platform for communication and exhibition and foster a sense of community among young people by showcasing opera performance and hosting workshops in schools. We also invite famous local Chinese opera performers and calligraphy professors to do lectures. The Youth Troupe and calligraphy class raise interest among the young people and bring in new talent to promote Chinese art and culture in the American campuses and diversify the New York cultural scene, especially in the younger generation. Our goal is to pass both the refined art skills, the traditional etiquette, civilization, history, and wisdom from Chinese culture to the youth.

GD: You obviously have a strong following with many supporters and participants. Who typically attends the performances and classes you offer? Why do they appreciate your work?

JL: Our supporters and participants come from lots of fields. Most audiences come from Chinese communities in New York, New Jersey, and even Pennsylvania. Most of our class attendees are international students, scholars, and professionals who are interested in Chinese culture. Our supporters include business owners who love Chinese culture and who want to support the Chinese community. We also have lots of supporters from college faculty members who are devoted to  Eastern traditional arts research. I believe that the most attractive thing for them is our pure and refined Chinese opera performances. It isn’t easy to see a professional, detailed, and excellent Peking opera performance in the city, but our organization makes it possible. We provide the community and the city a chance to enjoy this ancient art. At the same time, as more and more youth join our society it makes the translation and explanation of our work easier and more comfortable to other ethnicities. In this way we provide a platform for communication and thought exchange. These young people bring new perspectives and fresh ideas to our work, energizing the ancient arts.  With everyone’s effort in this organization, we have been very successful with Chinese opera performance, calligraphy exhibition, and traditional culture lectures. And with  support from the community, we believe there are more and more possibilities in the future.

GD: The Covid-19 crisis has been a tremendous challenge for arts organizations.  How is NYCCOS responding in this difficult time?

JL: Recently, under the impact of COVID-19, all events are held under government control. NYCOS’s office has been closed since March to protect lives, and we canceled all physical activities. Instead, we conduct online Chinese opera lectures and calligraphy classes through live broadcast platforms such as Youtube, Dou Yu, CCTalk, and WeChat. In other words, we still try our best to keep the weekly event schedule, sharing Chinese culture to the community. The future will depend duration of the “City Pause.”  We will try our best to get back to regular physical events when the city becomes safe again. 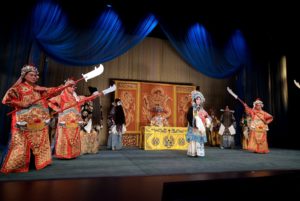 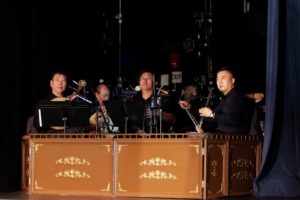 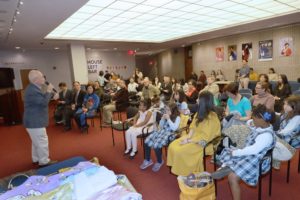