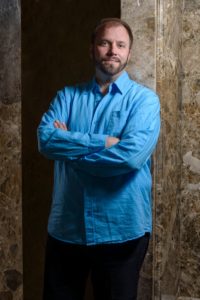 Today I’d like to feature the artistry of the American lyric tenor Thomas Cooley, singing with the splendid Bay-area ensemble Voices of Music, in two Handel arias and an ever-popular continuo duo madrigal by Monteverdi. Praised by the New York Times for his “sweet, penetrating lyric tenor with aching sensitivity” and by San Francisco Classical Voice as “an indomitable musical force,” in the Baroque repertoire Thomas Cooley is renowned for his agility and expressiveness. (You can read about Thomas Cooley’s career at https://www.thomascooley.com/bio.)

The story of the path leading George Frideric Handel (1685–1759) to compose oratorios is familiar to many.  Born in Germany, trained in Italy, Handel spent most of his career composing and successfully producing Italian opera seria for the aristocrats of London (from 1710 on).  Yet, such was the competition among opera companies in the capital city and the waxing and waning of interest in and financial support for opera seria that Handel fell into bankruptcy three times.  Finally, he gave up on opera and started writing oratorios, which are essentially operas, in English, without staging and with lots of the sort of choral singing so beloved by the Brits.  Handel produced his oratorios in theaters during Lent, when no plays or operas were allowed.

Both of today’s arias are in the standard da capo format:

Our first aria, “Tune your harps,” is from Handel’s earliest oratorio, Esther, originally composed as an intimate masque or chamber opera for the Duke of Chandos in 1718, revised and enlarged into a full oratorio in 1732.

Esther was the Jewish queen of the Persian king Ahasuerus.  As recounted in the Bible, Ahasuerus sought a new wife after his queen, Vashti, refused to obey him, and he chose Esther for her great beauty. The king’s chief adviser Haman was offended by Esther’s cousin and guardian, Mordecai, and received permission from the king to have all the Jews in the kingdom put to death, children included. Esther foiled the plan and won permission from the king for the Jews to kill their enemies.  The same day that Haman’s order was to go into effect, his plan was reversed.

This lovely aria is sung by “the First Israelite” upon learning of Esther’s marriage and the Jews’ redemption. Handel skillfully created a duet in which the singer has the main melody and the oboe part, as played here by Marc Schachman, has a dual role, as Voices of Music notes, sometimes “alternating as a second singer, repeating or elaborating on the main melody using the rhythm of the text, and, at other times, providing an instrumental counterpoint, playing notes that would make no sense if sung, but which fit perfectly with the harmony.  Handel seamlessly alternates from one style to the other to create a deceptively simple but remarkably complex composition. The pizzicato accompaniment in the strings evokes the character of the harp that is the theme of the text as well as the symbol of the throne.”

For the 1732 performance Handel used singers from his opera seria troupe, who murdered neither Jews nor Persians, but the text of the opera, making such “rare work of the English tongue, you would have sworn it had been Welsh.”  According a contemporary account, the famed Italian alto castrato Senesino, one of the first operatic super-stars and Handel’s primo uono who sang the role of King Ahasuerus, rendered the line “I come my queen to chaste delights” as “I comb my queen to chase the lice”!

The second aria, “Waft her, angels, through the skies,” is from Handel’s final oratorio, Jephtha (1751). (Failing eyesight forced him to cease composing.)

The story from Judges, chapter 11, revolves around the rash vow of the Israelite general Jephtha to the Almighty that he would offer as a burnt sacrifice the first creature he met at his home, if he were allowed to be victorious over the Ammonites, whose homeland is now part of Jordan. Surely Jephta was expecting to encounter a sheep or, at worse, a faithful dog.  Instead, he was greeted by his only child, his beloved daughter!  In the Biblical story Jephta honored his pledge to God and sacrificed his daughter.  The epitome of faith, duty, and resignation, she requested only a short reprieve to go to the mountains to prepare herself, after which she dutifully returned and was put to death.  In Handel’s oratorio, though, an angel intervenes to stop the sacrifice, declaring that such an act is not pleasing to God and Jephta’s daughter need only remain a virgin and dedicate her life to the service of Lord.

“Waft her, angels, through the skies,” the most famous of the oratorio’s arias, is Jephta’s heartfelt prayer that his daughter may be received into heaven.

Claudio Monteverdi’s continuo madrigal Zefiro torna, from his volume Scherzi musicali (Venice, 1607), is a setting of a sonnet by Ottavio Rinuccini, who modeled his poem after Petrarch.  In this delightful show-stopper, Thomas Cooley is joined by tenor Christopher LeCluyse.

As in all madrigals, whether a cappella, as in the late Renaissance, or with basso continuo instruments, as in the new early Baroque style, all of the important words in the poem (in boldface below) are vividly brought to the fore with music that sounds like them (word-painting): consonant harmonies are employed for “soavu accenti” (sweet accents), a rippling duet for “mormorondo” (murmuring); an enlivened rhythm for “danzar” (dancing);  high and low lines for “monti” (mountains) and “valli” (valleys); and echoing melodies for “raddoppian l’armonia” (redouble harmony).  Throughout this first section the happy young lads sing and dance along over a very jazzy, ever-repeating, syncopated ciaccona bass line.

Then suddenly the motion stops (the “turn” in all sonnets), the harmony radically shifts, and we find ourselves alone in an abandoned glade, hearing a lonesome expressive recitative over held notes in the basso continuo.  Our beloved’s two beauteous eyes are before us, and they torment us, causing us, at times, to weep . . . yet, at times, . . . to sing with the return of the ciaccona!

This passage is just too delicious not to repeat, and now the second voice joins in. Again our mind focuses on the beloved’s two eyes, described in parallel thirds.  Wonderful are the slipping, sliding dissonances that render the word “weep” and how the voices then “sing” — each trying to outdo the other, unfurling long melismatic vocal plumage, as the two bros vie for the same girl!