This 13th century sequence has been rendered into music by more than one hundred composers, among which Pergolesi’s composition stands out for its ability to convey feeling adapted to each of the stanzas, balancing instrumental depth and color with lyrical emotion. Dance adds yet another aesthetic dimension: last week, we presented an earlier rendition by SBO of Stabat Mater by Pergolesi, accompanied by emotive modern dance by the contemporary dance company Whim W’Him. Even in our current times of social distancing, Pergolesi’s Stabat Mater continues to be performed widely, most recently at the 2020 Christmas Concert at Venice’s Teatro La Fenice.

The first part of this sequence, or prayer, begins with the words Stabat Mater dolorosa (“The sorrowful mother was”) is a meditation on the suffering of Mary, mother of Jesus, during the crucifixion and Passion of Christ. The second part begins with the words Eia, mater, fons amoris (“Oh, Mother, fountain of love”), and is an invocation in which the faithful, in the first person, yearns to participate in the pain undergone by Mary and Jesus during the crucifixion and Passion.

The oldest copy of the text with musical notation was found in Bologna, Italy, in a codex from the end of the thirteenth century at the feminine convent of Santa Maria Maddalena in Val di Pietra. Usually referred to as Dominican, in reality this convent first belonged to the Servite Order from 1301 to 1566. The Servites are a mendicant order, founded in Florence in 1233 by seven married wool traders with a special devotion to Mary. Lesser known than other mendicant orders — Franciscans or Dominicans — the Servites are present predominantly in Italy in many beautiful convents. One example is the Abbey of Santa Maria in Follina, north of Venice, which architecture can aptly be described as “frozen music”. 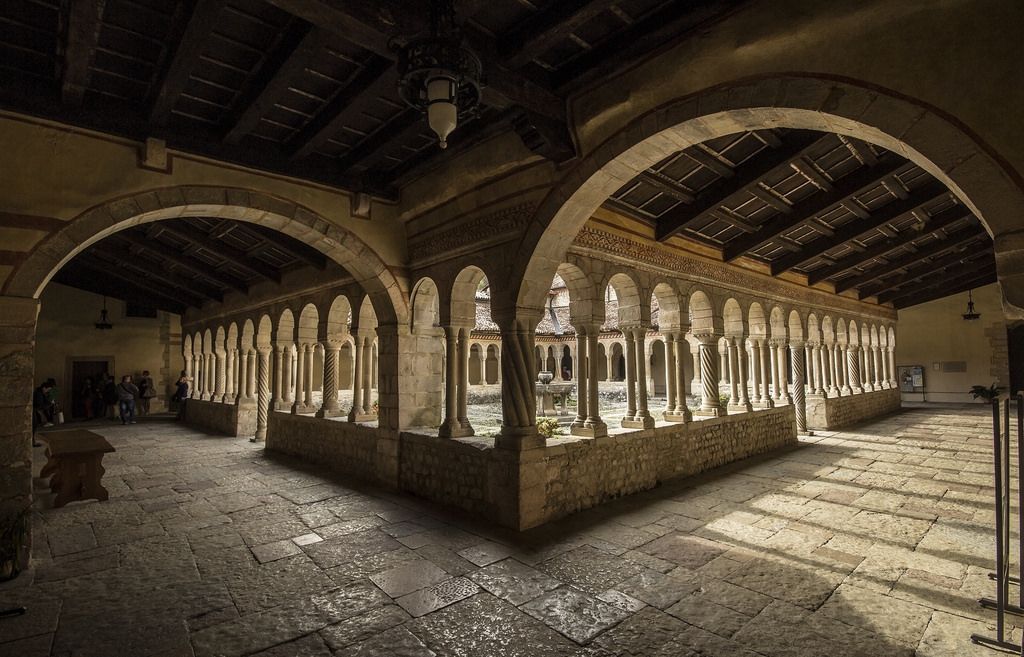 Traditionally, the use of the Stabat Mater in the liturgy has been connected with the devotion to the Sorrows of the Virgin Mary, a practice promoted by the Servites. It would therefore make sense then that they would be among the first to couple a musical composition with the hymn, the authorship of which is uncertain.

The copy found in Bologna differs slightly from standard versions; for example, in the second part of the prayer, the voice of the faithful, which usually appears in the masculine, is conjugated in Medieval Latin in the feminine, underscoring the identity of the community of nuns making use of the compositions. For example, we can read “inflamata et accensa per te, Virgo” rather than “inflamatus et accensus”.

Over the centuries, slightly different versions of the Stabat Mater have been found and used. It has also had a shifting and unstable place in the liturgical calendar, until 1913, when Pio X fixed it to the 15th of September. Additionally, it forms part of the traditional Friday of Sorrows liturgy before Holy Week. In a liturgical setting, it will most often be heard in the form of Gregorian chant — which is how the first composition found, shown above, is rendered.

For an English translation of the hymn, see here. To further bring to life the religious, literary and musical world of the Stabat Mater to life, we invite you to visit the Ultimate Stabat Mater site, which has links to dozens of renditions of this beautiful hymn. For a modern take on its theological meaning in our times, we refer the reader to Edith Stein’s reflection.