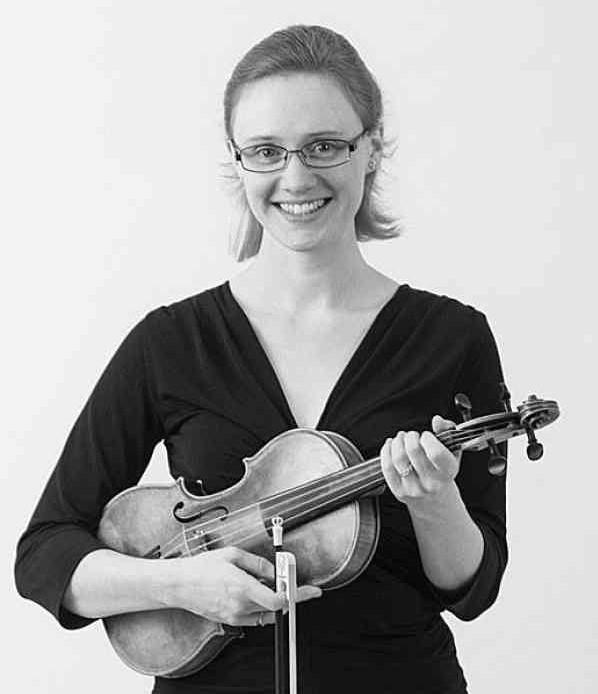 Christine Wilkinson Beckman is a baroque violin specialist based in Olympia, WA.  She enjoys performing throughout her native Northwest with early music ensembles large and small, and she appears regularly with such groups as the Seattle, Portland, and Pacific Baroque Orchestras and Pacific MusicWorks.  From 2015 to 2017 she directed the New Baroque Orchestra, one of the Community Collegia of the Early Music Guild of Seattle.

Christine began her studies on baroque violin with Ingrid Matthews, and she graduated in 2013 with an MA from the Historical Performance Practices program at Case Western Reserve University where she studied with Julie Andrijeski.  She has also participated in masterclasses with Marc Destrubé, Monica Huggett, and Cynthia Roberts.  Christine’s modern performance studies began with Barbara Riley, and she received a BM in Violin Performance from St. Olaf College where she studied with Charles Gray. She has also studied with Walter Schwede and Grant Donnellan.

In addition to performing, Christine maintains a busy Suzuki violin and viola studio in Olympia where she enjoys fostering compassionate hearts and a love of music and diligent work in her young students.  Her Suzuki teacher training has been with Elizabeth Stuen-Walker and Dr. Susan Baer.

When not busy performing or teaching, Christine enjoys baking, reading about linguistics and the natural sciences, drinking tea with lots of milk and sugar, and listening to the rain with her husband and young children.