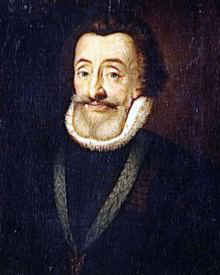 The Italian-Jewish composer and violinist Salamone (or Salomone) Rossi (ca. 1570 1630) (שלמה מן האדומים) was a transitional figure between the late Italian Renaissance and early Baroque. For forty-one years he served first as violist and then as concertmaster at the Gonzaga court of Mantua (1587–1628), where he entertained the ducal family and their esteemed guests with fashionable music for banquets, wedding feasts, theater productions, and chapel services, among other events. He composed and published volumes of secular Italian canzonettas — short, dance-like compositions for a trio of voices with lighthearted, amorous lyrics — and serious madrigals, and, as a pioneer in the development of the trio sonata and the violin, four books of instrumental music (galliards, sonatas, and sinfonias, 1607–23), as well as a volume of Jewish sacred music (1623), the first collection of originally composed music for Hebrew psalms and prayers. The Jewish scholar Leon of Modena (who was a friend of Rossi and wrote two essays on music justifying polyphonic practice in services and celebrations) and other Italian rabbis may well have been influenced by Rossi when they issued their letter (1605) authorizing the introduction into the synagogue of polyphonic music having notes of fixed rhythmic value.

Anti-Semitism was rampant on the Italian peninsula during Rossi’s lifetime, as it was throughout Europe. In 1590 Vincenzo Gonzaga expelled all foreign-born Jews from Mantua, in 1602 he forbade Jewish physicians from treating Christian patients without special permission, in 1610 he established a ghetto, and in 1612 he compelled all Jews to live in it. Nevertheless, “the Mantua of Rossi’s day was much more enlightened than many Italian cities. Jews were not only tolerated, they were often allowed to mix freely with non-Jews. The liberal atmosphere allowed Jewish writers, musicians, and artists to have an important influence on the culture of the day” https://www.italyonthisday.com/2018/08/salomone-rossi-violinist-and-composer.html.

Although Rossi was so respected at the Gonzaga court that from 1606 on he was excused from wearing the yellow badge required of other Jews in Mantua, he (and his sister, Madama Europa, a virtuoso singer at the court) likely died either in the 1630 invasion of Austrian Imperial troops, who defeated the Gonzagas and sacked and destroyed the Jewish ghetto in Mantua, or in the subsequent plague that ravaged the area.  No evidence exists that he managed to flee to the ghetto in Venice, where many Mantuan Jews joined the Jewish musical Accademia degli Impediti (the “Academy of the Impeded”).

Today I would like to share with you two beautiful works by Rossi, one vocal, the other instrumental.

Very much in the style of the late Renaissance motet, this lovely piece mixes homophonic (chordal), polyphonic (imitative), and antiphonal (upper voices echoed by lower voices) passages to create a rich texture appropriate for praising the Lord in all possible ways.

Blessed be he that cometh in the Name of the Lord:  We bless you from the House of the Lord.
God is the Lord, and it is he that hath granted us Light; bind the Sacrifice, with Cords, to the very Horns of the Altar.
Thou art my God, and I will praise thee; Thou art my God, I will exalt thee.
Render Thanks unto the Lord, for he is good, for his Mercy is for ever.

Psalm 118:26– 29, translation by Isaac Pinto (1766), who published the first translation of the siddur (Jewish daily prayer book) into English and the first siddur publishing the Americas.

Of the Ruggiero, Giuseppe Gerbino and Alexander Silbiger write (Grove Music Online) that it is:

A melodic-harmonic scheme used in the 16th and 17th centuries for singing poetry and for dances and instrumental variations. It belonged to the repertory of musical formulae, suitable for any text with a certain metrical form, on which Renaissance poet-singers improvised melodic embellishments to the accompaniment of an instrument (usually the lute or the viola da braccio). In Italy, where it achieved great popularity, the Ruggiero scheme was used to sing stanzas primarily in ottava rima, the metre of epic poetry. As Alfred Einstein suggested, the name itself probably derives from the first line of a famous stanza from [Ludovico] Ariosto’s [epic poem] Orlando furioso (“Ruggier, qual sempre fui, tal esser voglio” [“ Ruggier, as I always was, as I want to be”], xliv.61 [1516–32]).

One of the plot lines in the Ariosto’s epic poem involves the love between the Saracen (Arab Muslim) Ruggierio and the female Christian warrior Bradamante.  After enduring many vicissitudes, Ruggiero converts to Christianity and marries Bradamante.

Because the Ruggierio melody was so often improvised on, and was inevitably varied in the oral tradition, it is difficult to agree on an exact melody. The harmonic structure, however, remained relatively unchanged. Harmonically the Ruggiero bass is in major, generally in G, and has four short phrases.  One example of a Ruggierio melody and bass is given on the attached sheet of illustrations.  Rossi used this bass line, but what goes on above the bass is all his own and gives a clear idea of the virtuosity of his playing which excited his patron at the court of Mantua.

Rossi employs the Ruggiero bass for most of the sonata, but at the conclusion he breaks out into a walking bass. For this passage he wrote a note to the musicians “si replica l’ultima parte ma più presto,” “play the repeat faster,” which the musicians of Voices of Music (including our favorite Elizabeth Blumenstock, dueting with Alana Youssefian) certainly do!