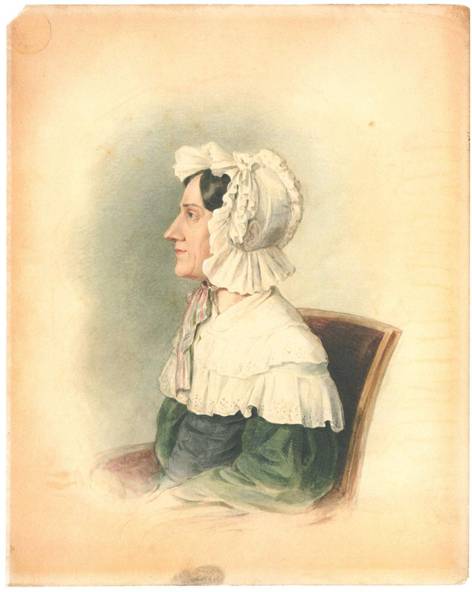 The path-breaking Nannette Streicher, née Stein, who was born in Augsburg in southern Germany in 1769, learned the secrets of her craft from her father, organ and fortepiano builders Johann Andreas Stein, one of the most important innovators and makers in the early history of the piano.

Stein developed a highly touch-sensitive piano action that “flipped” the hammers rather than “pushed” them upwards to strike the strings, and eventually became known as the “Viennese action.”

When the twenty-one-year-old Wolfgang Amadeus Mozart visited Stein’s workshop in 1777 and played on three of his fortepianos, he was so inspired that he immediately sat down and composed his Concerto for Three Pianos, K. 242, and then performed it in concert, with Stein as one of the other pianists.

But the irrepressible young man was not done yet!  As he wrote to his father:

Then I gave a solo, my last Sonata in D [K. 284], and after that my Concerto in B-flat [K. 238].  I then played another solo, quite in the style of the organ, a fugue in C minor and all of a sudden a magnificent Sonata in C major [K. 309], out of my head [!], and a Rondo to finish up with.  There was a regular din of applause.  Herr Stein was so amazed that he could only make faces and grimaces.

On this same visit, Mozart heard Nannette Stein play, and was not impressed:

Anyone who sees and hears her play and can  keep from laughing must, like her father, he made of  Stein [= Stone].  For instead of sitting in the middle of the clavier, she sits right up opposite the treble, as it gives her more chance of flopping about and making grimaces.  She rolls her eyes and smirks.  When a passage is repeated, she plays it more slowly the second time.  And if it has to be played a third time, then she plays it even more slowly.  When a passage is being played, the arm must be raised as high as possible, and according as the notes in the passage are stressed, the arm, not the fingers, must do it, and that too with great emphasis in a heavy and clumsy manner.  But the best joke of all is that when she comes to a passage that ought to flow like oil and which necessitates a change of finger, she does not bother her head about it, but when the moment arrives, she just leaves out the notes, raises her hand and starts off again quite comfortably—a method by which she is much more likely to strike a wrong note, which often produces a curious effect. . . .

Herr Stein is quite crazy about his daughter, who is eight and a half . . .

Well, when Mozart was eight and a half . . .  Mozart did allow that Nannette has “great talent for music” and “learns everything by heart.” Nannette Streicher grew up to be a fine pianist.

After her father’s death in 1792, Nannette took over the business with her younger brother Matthäus Andreas, and the following year she married the pianist Johann Andreas Streicher (1761–1833).  In 1794 the three moved to Vienna, the music-crazed capital of the Hapsburg empire, where they founded a workshop, building fortepianos together until 1802, when the siblings parted ways.

Working in the shop right alongside her craftsmen, Nannette Streicher eventually turned out 50 to 65 handcrafted grand pianos each year, providing instruments to the likes of Beethoven and Goethe.  Indeed, such was Nannette’s friendship with the domestically challenged bachelor Beethoven that for eighteen months beginning in 1817 she assumed considerable responsibility for his household arrangements, including buying his groceries, doing his laundry, and even mending his socks!  Beethoven called her his “good Samaritan.”  In turn, although he praised her pianos as a “really excellent instruments” and held that “the merits of your instruments should be recognized in this country and everywhere,” he always egged her on to enlarge and enrich her instruments.

The concerts Nannette organized, first in her apartment, then from 1812 in a piano salon she and her husband built next-door to their showrooms, made an important contribution to Viennese musical life.  The hall seated 300 and offered young artists welcome opportunities to perform. 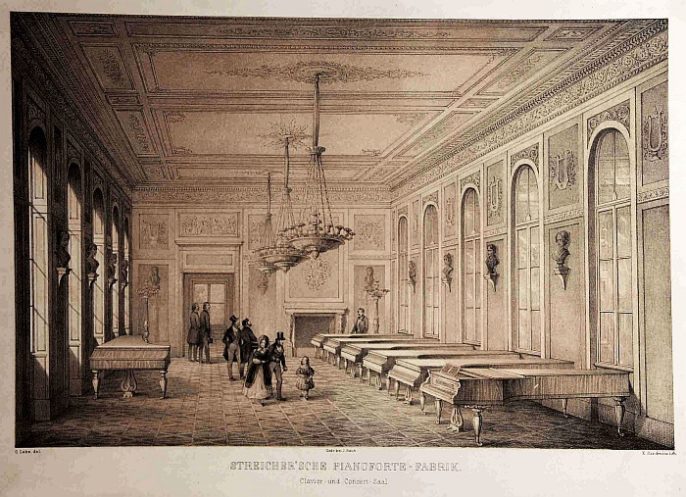 The replica of her 1804 model that Tamara Friedman will be playing on her April 10th concert with violoncellist Page Smith on the series Musique du Jour Presents is an all-wooden instrument (no metal bracing) of five-and-a-half octaves—Nannette eventually expanded her piano by another octave—that is double strung throughout.  Soft steel strings lend clarity to its upper register, while “resounding brass” strings permit its bass timbres to range from warm and full to growling and nasty, depending on how the pianist activates its tiny, light-weight, leather-covered hammers. 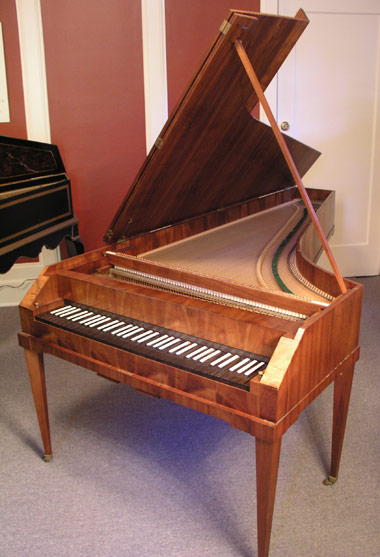 For your listening pleasure, here is a link to a very nice performance of Beethoven’s Bagatelle in E-flat major, op. 33 no. 1, played by the young Belarusian pianist Ekaterina Polakova on an original 1816 Nannette Streicher grand fortepiano in the Neumeyer-Junghanns-Tracey Collection in Schloss Bad Krozingen:

Tamara Friedman will be performing Mozart’s grand solo Sonata in F major, K. 533/494, as well as duos with violoncellist Page Smith, solo cellist with the Pacific Northwest Ballet, by Beethoven (Sonata in G minor/major, op. 5 no. 3), Schubert, and Mendelssohn.  Page, who will also perform J. S. Bach’s Suite No. 3 in C major for Solo Violoncello, BWV 1009, will be playing a fine replica of a Venetian Baroque cello by Sanctus Seraphin (1699–1776).  Compared to a modern instrument, it has a shorter neck and gut, rather than steel strings.  The result is a warmer, broader sound that allows vibrato to be employed only as an ornament, to enhance important notes, and is quite perfect for the rich music of Bach and Beethoven.  Page’s lighter-weight “Baroque” and “transitional” bows lend greater agility to the music.

We hope you will be able to enjoy this concert with us in the acoustically ideal Queen Anne Christian Church, 1316 3rd Ave W in Seattle. The program begins at 3 pm. Tickets are available at https://www.brownpapertickets.com/event/5388575 or, if you don’t like to order online, at gbozarth.musiquedujourpresents@gmail.com.