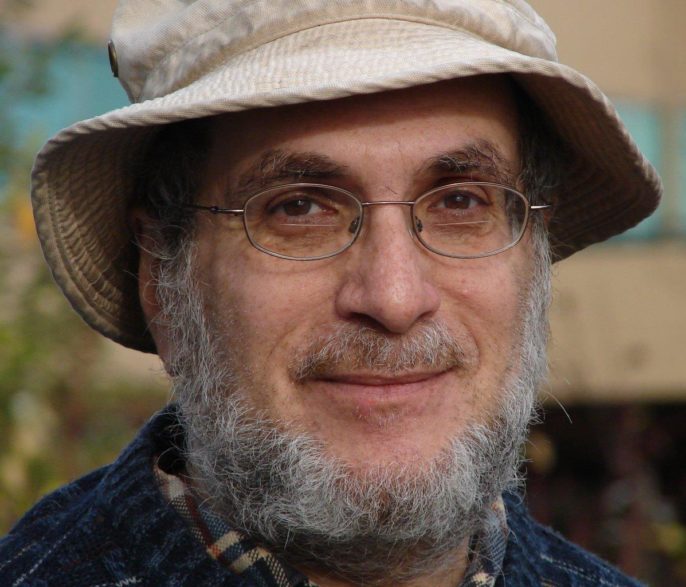 My first meeting with Fred Hauptman was over lunch. It was at a Thai restaurant just around the corner from the Opera House at a time when this type of dining was still a novelty. That says how long Fred and I were friends and colleagues. Decades. Since then, Fred and I, often accompanied by our wives Olga and Goodwin, met regularly over dishes drizzled with peanut sauce to scheme, dream, and plan productions for Seattle’s early music community.

It was David Brewster, of course, who had arranged that get together. He was the visionary editor of The Seattle Weekly at the time and wanted the local early music community to “think big” (that meant full scale operas).  Fred, on sabbatical from CCNY, had just formed the Versailles Ensemble with local Baroque players while at the same time writing articles for Brewster’s music section. I had just directed a series of Monteverdi operas at the UW and was assisting with David’s next Schubertiade. So, it was expected that Fred and I would sit down opposite each other at some time and hammer out an ambitious agenda … on a budget.

Introducing myself to Fred on Mercer Street I felt some initial discomfort. Fred came off to me as a bit of a “I’ve-got-strong-opinions-I-am-going-to-tell-you” New Yorker. I had that native Seattleite “Yeah, maybe” attitude which I know frustrated him more than a smidge. Not an inspiring start.

And then we sat down and ate – and talked. We found we had a mutual passion for the off-beat. First it was books. He: “You know the novels of John Williams?” Me: “Stoner is his best.” Then an obsession with our large CD collections. “Heinichen’s Dresden Concerti with Goebel?” “Just bought it!” Finally, the clincher. “You like Charpentier?” Fred asked. “Love both Marc-Antoine and Gustav,” I replied. And that did it. Within a month I was staging cantatas for Fred’s ensemble at the Gethsemane Church and a lasting, productive friendship had begun. (My children came to call him as “Uncle” Fred.)

But real inspiration and sweat came after Fred retired and settled in Seattle permanently. Fred was hired on as Brewster’s music planner at Town Hall where I was on the original board. Fred and I also joined the Early Music Guild board together to see if we could make ripples from both directions. Once again we were brainstorming over lunch, this time at Margriet Tindemans’ house. “Can we afford to mount Baroque opera cheaply at Town Hall?” Fred mused. “Maybe Bach’s Coffee Cantata … and have Starbucks pay for it!” I said half-jokingly. Fred took the comment seriously, and the marathon “Bach Around the Clock” festivals took off – complete with barista cart on stage. (Downstairs Starbucks “recreated” Zimmermann’s Coffee house and gave us free mugs and bags of coffee to take home to boot!) After that, no wild idea between Fred and myself was beyond consideration. And so, under the leadership of Gus Denhard at the Guild, there was Monteverdi’s Combattimento on motorcycles, Blow’s Venus and Adonis with real (and singing) dogs on stage, and Poppea (with Stephen Stubbs) in Fascist Italy. All delivering memorable nights of Baroque music theatre.

These productions came about in the 2000’s when Fred and I were passing between us the duties of chairing the Guild’s program committee. Fred’s vast knowledge of rising authentic practice ensembles frequently dug up unexpected treasures. His profligate spending at the CD clearing outlet Berkshire Records (an addiction for us both) was a great resource that benefitted the Early Music Guild’s concert seasons. That is how a chance CD order made for Fred’s collection introduced us to the extraordinary madrigal group La Venexiana who, shortly thereafter because of this find, made their USA debut at Town Hall.

One of the most curious aspects of Fred’s love of music recordings were the nearly illegible marginal notations that he scribbled in the tiny jewel case booklets. He would fill the very limited margins with extensive and perceptive observations on the performances, all in much too light pencil and with the tiniest handwriting (which I dubbed Freddian Miniscule). I frequently borrowed from his library just for his exhaustive and microscopic analyses.

And Fred and I would regularly trade discs back and forth, always at lunch, sharing what forgotten composers could be found on which weird foreign labels by various justly and unjustly neglected conductors. During one of our final Thai outings we hotly debated the merits of symphonies by Joachim Raff (Liszt’s talented acolyte). Our differences of opinion were not ironed out and we agreed to start sharing scores and CDs at our next meal together. But then the pandemic hit and those nit-picking, opinionated, revelatory meals were postponed – or so we thought. During the shutdown Fred went into his final decline and this last May I lost my favorite sparring partner. But I will always look back with pride on our successes in the many local churches, theatres, rehearsal halls, and in the (now) Early Music Seattle board gatherings where his impact on Seattle’s music scene was most greatly felt. All made possible by that first lunch with Fred.