With music we can express what we often have no words to say; early music has a particular and effective way at penetrating deep into human emotions, which is especially relevant at the difficult moments we live through. As we are now in Lententide, which in essence is a memento mori, I thought this would be a good topic for exploration.

For this topic, I found it best to start with lyrics that speak for themselves, and therefore we jump straight to the music: Passacaglia della Vita. This early 17th century madrigal is anonymous, but is sometimes attributed to Stefano Landi (1587-1639).

According to Paul Archer, who translated this madrigal, early music “has the feeling of ‘pure music’, stripped back to its bones without the lushness of later sonorities…Similarly the lyrics that inspired this music had to have an immediate impact on listeners, with texts that seek to immediately transport the audience into a state of heightened emotion while evoking the rapture and vicissitudes of life and love.”

The music above was performed by L’Arpeggiata with tenor Marco Beasley. Having begun his career singing traditional Napolitan songs, Beasley is a master of the Recitar Cantando style — the Renaissance art of singing while acting. 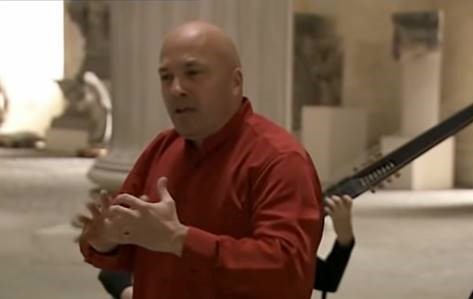 Watch the performance at Versailles

In Beasley’s performance, I find that the video itself reinforces the message —  the way the musicians enter and leave the scene underscores the fragility and ephemerality of life. The contrast between fragility and permanence is starker when set against the background of stone architecture and sculptures.

Another performance of this song was the encore to the annual concert organized by the Venetian Center for Baroque Music in 2014 at the Palazzo da Mosto — a 13th century palace, the oldest in the Grand Canal, currently being renovated to become a luxury hotel. 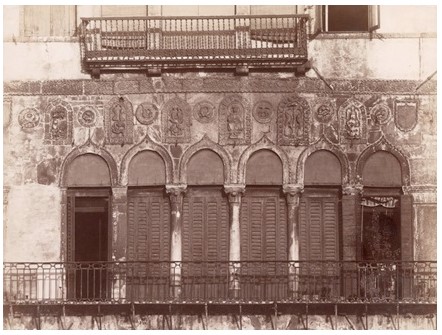 The da Mosto family has lived in Venice for over 900 years. Francesco da Mosto, architect and documentary producer, lives with his family on an uninhabited island in Venice’s lagoon. With the support of his father Ranieri, the family patriarch who laments the death of the Republic of Venice and the mounting woes for its dwindling residents, the concert took place in a unique setting with chiaroscuro lighting and classical decorations. 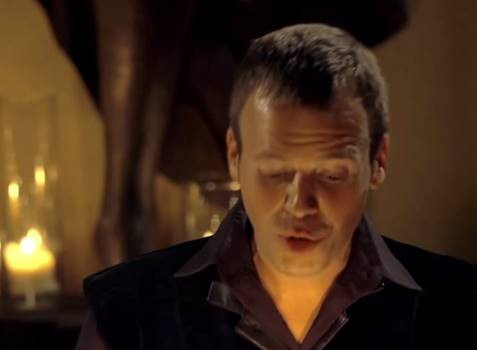 The way the last candle goes out at the end of the presentation reinforced the theme of the Passacaglia della Vita.

This song and the choreography in both performances above are a memento mori  — a medieval and Renaissance concept reminding us, by way of different art forms, of the inevitability of death. It “reminds us from behind”, as shown by John of Kastav in his famous fresco.

This idea of being “reminded from behind” comes from Tertullian. In his Apologetics, he writes: “even in his triumph, as [the emperor] rides in that most exalted chariot, he is reminded that he is a man. It is whispered to him from behind: Look behind thee; remember thou art a man. That he is in such a blaze of glory that the reminder of his mortal state is necessary for him—makes it more delightful to him.”

The above performances of the Passacaglia della vita are a graceful — even delightful — way of reminding us of our own mortality. According to Marco Beasley, “the texts are a simple memento mori, presented with grace, a danse macabre entirely without darkness, inviting us to reflect deeply upon our existence. For in our daily dance of life, at a certain point we must yield to the lure of a pause of reflection, when we stop to ask ourselves if that which we are is that which we would have wished to be. It is in this moment, when we stop to think, that a new vital impulse often arises.”

Just as Lent follows carnival, this song reminds us that “life is a dance to which we are all invited, with neither masks nor costumes” (Beasley), which is why the Venice exposed through the above concert is wholly diverse from the familiar imagery of its carnival, which we depicted in an earlier article.

It does appear paradoxical that the song is called “della vita”, meaning “of life”, when the core theme is a reminder of our own mortality. According to Christian doctrine, death, while inevitable, is not necessarily the end state. The memento mori was then presented, and is still presented today, to motivate us to meditate on the last things in life, as Caravaggio depicted in his St. Jerome in Meditation. 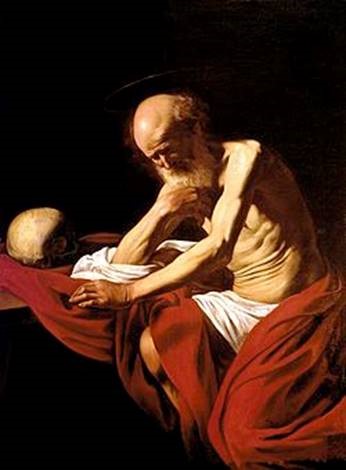 St. Jerome in Meditation (1605) by Caravaggio (Museum of Montserrat)

The purpose of this meditation was to make good use of the available time in order to lead a virtuous life and attain, given God’s grace, the blessed state, depicted by many artists during the Renaissance, as shown in the left panel of The Last Judgment by Hans Memling. 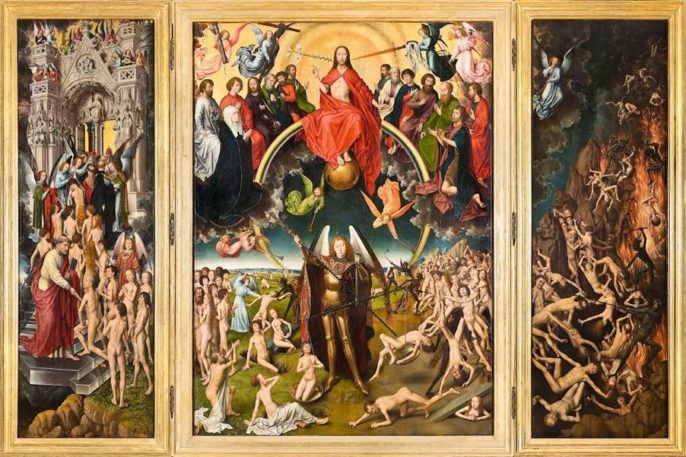 The theme of the above painting reminds us of Michelangelo as well as Dante; we will be reviewing both — in their connection to music — in future articles.