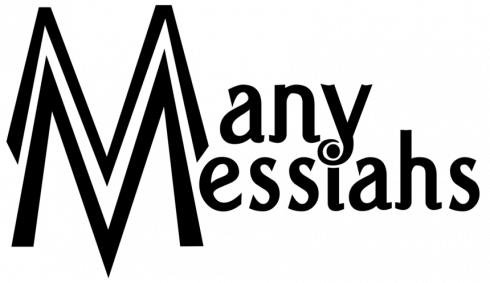 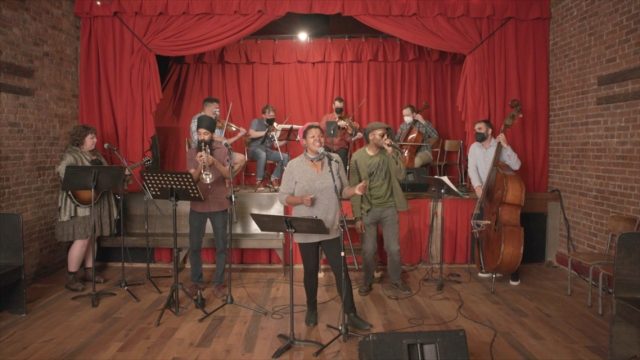 Many Messiahs reframes Handel’s masterpiece as a collective call for justice. The diverse collaborators on the Many Messiahs team create new songs using material from the original Messiah, amplifying the work’s powerful themes of awakening and activism. By delivering potent new songs rooted in a relatable masterpiece, and by surrounding the concert event with meaningful work in local communities, Many Messiahs represents an evolution of classical music into an art form for everyone.

RSVP for this exclusive event, produced in partnership with Early Music Seattle: 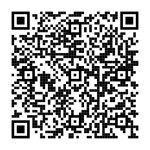 Please visit this info page for excerpts from works-in-progress, and see and hear more from the artists in this mini-documentary created by our partners at iNDIEFLIX.

“May we slay the iniquity.”
-Darian Dauchan, from “The Calling” for Many Messiahs 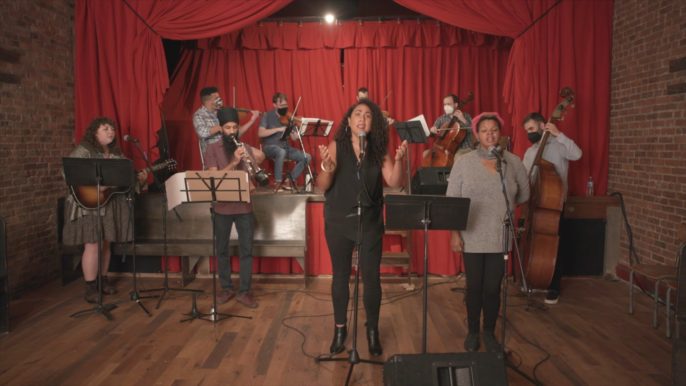 Unlike most oratorios that tell a straightforward story with voices and instruments, Handel’s Messiah features a unique libretto cobbled together from Old and New Testament texts that meditate on sin, redemption and hope. One distinctive word that appears three times is “iniquity,” an archaic term for the worst kind of sin—a gross moral failing, without ownership or repentance, inflicting grievous harm on another. Much of the oratorio explores what it might take to cleanse society’s iniquities, and what glory would await in that peaceful paradise beyond.

In the summer of 2020, sickened and heartbroken over the murder of George Floyd, I took a harder look than ever at my own participation in the systemic racism that is the foundational iniquity of our nation. An area of my life that made me especially uneasy was my devotion to concert music, which I had always seen as a bastion of tolerance and fairness. I watched classical music organizations agonize over their statements in support of Black Lives Matter, and I saw plenty go beyond performative hand-wringing and actually put more resources than ever before into diversity, equity and inclusion. Much of what this has looked like is having the same tastemakers find space on traditional programs for concert music by Black composers. All the better if the pieces were short, easily digestible, and well-aligned with the norms of classical music. After all, it’s an article of faith in this industry that classical music is a universal language and relevant to all; never mind the glaring bias and elitism that go along with the belief that our music is special.

One of my great privileges is that I grew up in an environment that primed me to love a huge range of music. I watched one older sister dance The Nutcracker so many times I had it memorized; I watched the other belt out showtunes that I love to this day; I tried and failed to learn violin and piano, but fell in love with the guitar; I spun our eclectic record collection on the family turntable, discovering the joys of Janis Joplin and Donna Summer; I goofed around on recorders and autoharps; I made my friends play in rock bands with me. I even remember being about nine years old and sitting with my Jewish family in a church for a Messiah sing-along, flubbing my way through the alto part that I was sharing with my Bubby (grandmother). This background gave me the gift of access to classical music. It also allowed me to see the equal value of any great music, regardless of style.

Many Messiahs was born out of a desire to transform the concert hall into a space that welcomes and values all people for whoever they are and for whatever music they love. More than a year later, the idea has grown into a collective of musicians from a wide range of backgrounds, all doing incredible work in their own idioms. The glue that binds us together is the source material: the artists are writing new songs that take snippets of Handel’s Messiah as points of departure for powerful meditations on race, justice and healing. We are creating a concert program that will be performed by a genre-bending ensemble along with chorus and orchestra, marrying the splendor of the classical concert hall with the excitement of a pop act.

Handel’s Messiah, rooted in Judeo-Christian prophecy, assumes that one person is coming to fix everything, but Many Messiahs starts with the premise that it takes all of us to create change. We’re excited to expand the limits of what can happen in concert halls, but our real vision is much bigger: we want everyone to see how they are part of the “Many Messiahs” who will heal our deep wounds. To quote a line that hip-hop artist Darian Dauchan wrote for Many Messiahs, our calling is clear: “May we slay the iniquity.”