For this year’s celebration of St. Valentine, we will consider the relation between love and jealousy.

As the son of Resource (Πόρος), his father, Eros is “scheming for all that is beautiful and good; for he is brave, strenuous and high-strung, a famous hunter, always weaving some stratagem; desirous and competent of wisdom, throughout life ensuing the truth; a master of jugglery, witchcraft, and artful speech” (The Banquet).

The scheming nature of Eros is masterfully depicted by Bronzino in the Allegory of Venus and Cupid (1540-1545). While they  kiss, Venus tries to steal an arrow from Cupid, and he tries to take away her crown. According to Panofsky’s interpretation, Jealousy is shown as a screaming haggard behind Cupid. There are other characters as well: the boy figure with roses in his hand represents Playfulness and Pleasure. The figure behind him, with a pleasant offering in one hand and poison in the other, represents Fraud; with animal legs, she is a Sphynx-like figure. 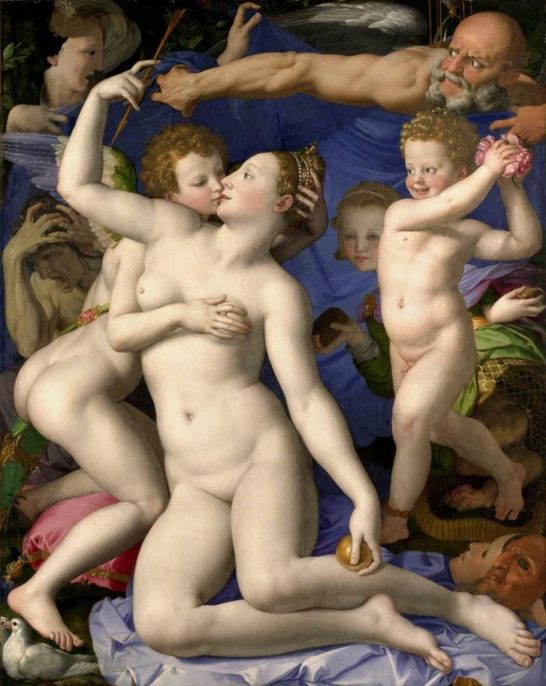 Above, Time (as an old man) covers the scene, helped by Truth, his daughter; both disapprove of the scene, and try to cover it with a deep blue mantle. 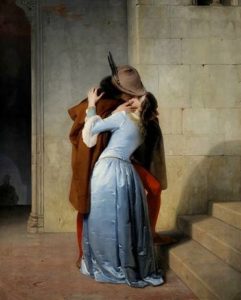 While Hayez in the 19th century at least included surrounding shadows to suggest that a third party could be lurking in the vicinity, our contemporary media has completely excluded jealousy from the picture.

Yet, in earlier times, jealousy was very much part of love celebrations. For example, it was included as part of custom operas which were often created and performed for marriages of state or among the high nobility.

During the Renaissance, when many of Plato’s works were rediscovered, the idea of love having a “poverty” and a “resourcefulness” dimension became widely known and accepted. One of the resources available to lovers was that potential third person, real or imaginary, who could help strengthen the resolve of an indecisive party, particularly at a time when marriage was understood as requiring a firm commitment.

Jealousy can, in this sense, be understood as a virtue, so long as this emotion avoids extremes and is felt ‘at the right times, about the right things, towards the right people, for the right end and in the right way’. For Aristoteles, virtue involves a middle ground. Jealousy would sit between possessiveness and indifference. Such virtuous emotions are not only instrumentally beneficial to a flourishing life, but they are an intrinsic, indispensable part of it, according to this interpretation.

We see a neat example of how these ideas play out in the opera seria Dove è amore è gelosia, based on a libretto by Marco Coltellini (1724-1777), with music composed by Giuseppe Scarlatti (1718-1777). Coltellini began writing librettos while still a priest, before leaving orders to get married, and had philosophical training. In this opera, he depicts jealousy both as a possessive fear that could hinder love, and as a virtue useful in encouraging love — with marriage as the right end. 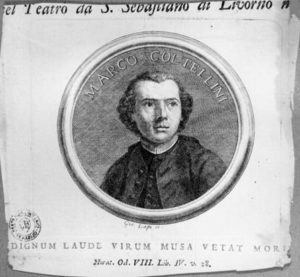 The plot involves two couples, Marquise Clarice, a young and vivacious widow, and her jealous wooer, count Orazio, who are both mirrored, with more energy and candor, by their respective servants, Vespetta and Patrizio. For Orazio, jealousy is a hindrance to love, as he sees “third persons” in the shadows, whereas in reality, there are none. In trying too hard to be the opposite of his master, Patrizio firmly maintains that he is totally immune to jealousy. Yet, this posture leads him to remain uncommitted in his love for Vespetta. The story plays in clever ways with the notion of real and imaginary sources of jealousy to bring about the desired goal. 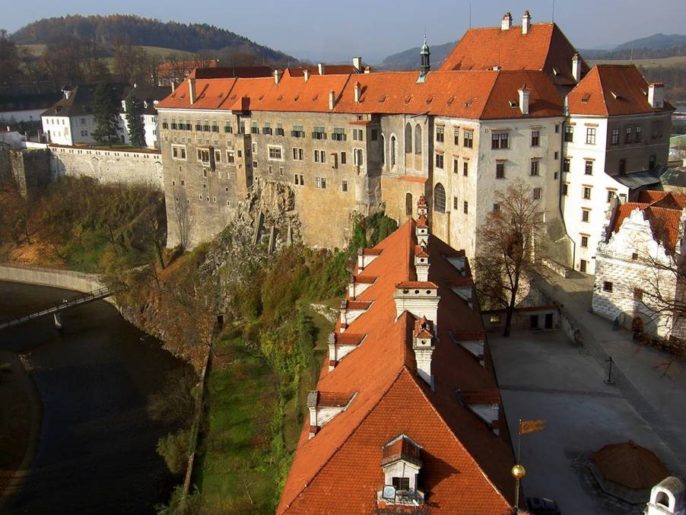 Originally performed in 1768 at the wedding of John of Schwarzenberg and Marie Éléonore d’Oettingen-Wallerstein, the opera was performed again in 2011, at the same castle where the couple was married, using period instruments and original paraphernalia throughout the theater. Produced with superb audiovisual quality, it is fitting for St. Valentines. I invite you to watch it, by clicking on the link below.

But perhaps you disagree and hold that jealousy has nothing to do with love? In this case, we still have something for you: Non è amor ne gelosia (Alcina, Act III, by Handel).