After our visit with Salamone Rossi last month, seeing his tragic death during the Mantuan Jewish pogrom of 1630, I wondered which other composers met with unexpected ends.  When I finally got around to reading the December 1st newsletter of Early Music America, I found an answer in Aaron Keebaugh’s review of a new CD entitled “La Pesta: Works by Schmelzer, Castello, Fontana, and others” (ATMA Classique ACD2 2809) by the American-Canadian early music collective Les Barocudas based in Montreal.  The CD features Marie Nadeau-Tremblay, baroque violin, Ryan Gallagher, viola da gamba, and Nathan Mondry, harpsichord.  “The idea for a recording centered on composers who died of mysterious and terrifying diseases,” writes Keebaugh, “came to the musicians of Les Barocudas in September 2019, months before COVID-19 swept the globe.”  Samples of the performance provided with this review suggest a CD very much worth acquiring.

My offerings today feature three composers, all of whom succumbed to the bubonic plague that haunted Europe in the 17th century.  All but the last of the works I’ve selected do not duplicate those on La Pesta.  In each of these improvisatory-style compositions, slow and fast sections alternate in a continuous stream of consciousness.

Dario Castello (1602–1631) and Giovanni Battista Fontana (1589–1630) died in Venice and Padua, respectively, during the plague of 1629–31, a most calamitous outbreak that began when German and French troops from the Thirty Years’ War (1618–48) carried the infection into the Italian city of Mantua (the same army that carried out the pogrom that led to Rossi’s death). Retreating Venetian troops spread the infection into northern and central Italy.  Over the next two years, the plague snaked its way across the countryside, striking the major cities of Verona, Milan, Venice, Padua, and Florence.  Milan suffered approximately 60,000 fatalities out of a total population of 130,000 (death rate of 46%); Venice recorded casualties of 46,000 out of a population of 140,000 (33%); Bologna lost an estimated 15,000 citizens to the plague (24%).  Smaller cities like Verona and Parma experienced higher death rates (61% and 50%). 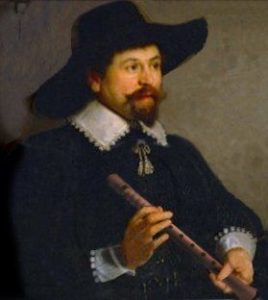 I would also recommend to you: 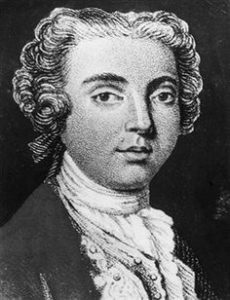 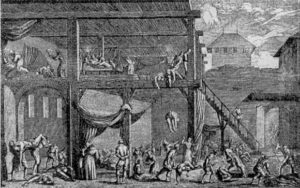 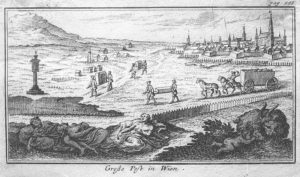 As Keebaugh writes, “In 1679, [the Austrian composer] Johann Heinrich Schmelzer (ca. 1620–80) rose to the rank of Kapellmeister in the Habsburg court [in Vienna], capping off a stellar career as one of the most significant German-speaking composers and violinists of the day. Months later, he died when the plague ravaged the region, killing 76,000 people.” 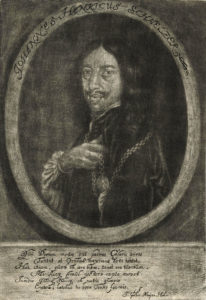 Nothing is known of Schmelzer’s early life.  In 1643 we find him employed as a cornettist at St. Stephen’s Cathedral in Vienna, in 1649 as a violinist for the Hapsburg court. 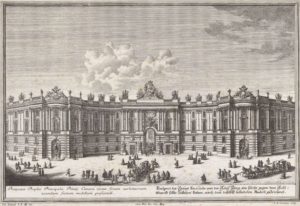 By 1660 a visitor to Vienna described Schmelzer as “the famous and nearly most distinguished violinist in all Europe.”  In 1671 he was appointed Vice-Kapellmeister, and two years later Leopold I ennobled him.  When the plague hit Vienna in 1679 the court retired to Prague for safety.  Yet the pandemic caught up to Schmelzer there.  At least he was spared being under siege just four years later, trapped in Vienna for two months in desperate circumstances by the Turkish Army! 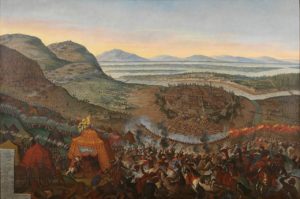 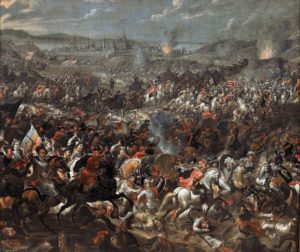 As in Farina’s Sonata detta la Desperata, Schmelzer’s third sonata is in an improvisatory-style consisting of a poignant, lyrical discourse interrupted by quick virtuosic passages.  Our performers are the members of Les Barocudas, here complete with one of their spooky videos . . .

Like those of the past, we’re all experiencing extremely difficult times, and feeling fatigued from hibernating so long.  But how fortunate we are to live in an age of advanced medical science.  Our current secluded existence is necessary for a while longer, as is wearing our masks, practicing social distancing, and washing our hands often. So keep up your good effort!

And listen to lots of beautiful music!