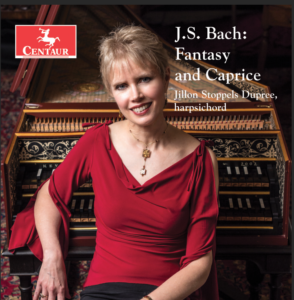 This is your first solo recording. Why now? What led up to this?
Over the years, I’ve been involved in numerous ensemble recordings – including both chamber music and orchestral CDs – yet I always was too busy (happily so!) with performing and teaching to make a solo recording.  Finally, the desire to record solo repertoire of my favorite composer, J.S. Bach, enticed me to record his harpsichord works which I treasure the most.

My love of Bach began at an early age, as I grew up in a musical family (my mother was a professional pianist and singer, my father an opera and choral music fan). We attended a Dutch reformed church in Grand Rapids, Michigan, which had a superb music program and presented Bach’s St. Matthew Passion nearly every year!  (Little did I know what a treat that was . . . “Don’t they do that everywhere?” my naïve ten-year-old mind asked). I sang in choirs and began piano lessons at age seven; it wasn’t long before I was drawn to the harpsichord, having heard it in the Bach Passion for so many years.

What else influenced you?
Can you talk about your life in music? Your major influences?
There were certainly important mentors and teachers in my early years of study: professors at the Oberlin Conservatory (most importantly, Lisa Goode Crawford); teachers and music coaches during my two years in Amsterdam (especially Gustav Leonhardt and Ton Koopman); faculty at the Univ. of Michigan (Edward Parmentier, harpsichord; Penelope Crawford, fortepiano). They had a huge impact on my musical development.  Of course, being in those rich performance environments and hearing great early music performed extremely well – often many times a week – influenced my sense of baroque musical style and performance practice. I lived and breathed it, until it became a part of me.  Perhaps the most important thing was that I also continued to sing choral and solo music all through this period, which grounded me in elements of phrasing, dynamics and musical rhetoric.

I’ve also felt honored and grateful to have had opportunities to perform with some truly great musicians, which has been extremely impactful, especially since many have been true leaders of the early music movement: Wieland Kuijken, Jaap Schrōder, Ellen Hargis, Margriet Tindemans, Marion Verbruggen, et al.  Not long after my move to Seattle in 1987, George Bozarth and I founded the series Gallery Concerts, which provided opportunities to invite such acclaimed artists to perform with regional musicians in Seattle.  Playing with and learning from those gifted performers has perhaps had the most influence on my development, both as a continuo accompanist and a solo performer.

Last but not least, teaching harpsichord and coaching early music has been deeply rewarding, as it’s a joy to share with students what I’ve learned from others. The teaching  process – describing and discovering musical ideas and emotions, making technical suggestions, and helping students find their own musical voices – continues to help me to grow and develop as a performer.

What is on the recording, and why is this music special to you?
For this first recording, I wanted to play some of the Bach solo keyboard works I enjoy the most.  That was a difficult choice, of course, as there are so many!  But I found I was drawn to the pieces which, in my view, are most expressive of a wide range of affects, moods and emotions. For example: the improvisational Chromatic Fantasy – with its virtuosic flourishes, angry chord clusters, expressive recitatives, etc. – is stormy, tragic and theatrical; the Capriccio on the Departure of his Most Beloved Brother depicts – through short, programmatic movements – the emotions of a grieving family, as a dear brother departs to serve in the army; in contrast, the charming Prelude in G major is like a calm respite in a storm; and the two Toccatas range from feelings of brilliant joy to sweet contentment.

What are some of your other musical interests?
I am fascinated with new music for the harpsichord, if it’s well-written for the instrument.  It can be very challenging repertoire, so I must be captivated by the colors and textures of it if I’m to give up practice time on my baroque repertoire. In 2002, I had the fortuitous honor (and pleasure!) of premiering the Concerto for Harpsichord and Orchestra by Philip Glass with the Northwest Chamber Orchestra. It’s a fabulous work, and we had the opportunity to be coached by Mr. Glass himself, who was there for the premiere. In 2005, we released the recording of it on Orange Mountain Records. The entire enterprise was such a gratifying and exciting experience.

I also enjoyed developing programs of contemporary harpsichord music, and also those mixing both baroque and modern works, as part of a year-long American tour sponsored by the National Endowment for the Arts.

My love of choral music has never waned, so I have sung with Seattle’s St. Mark’s Cathedral Choir for at least twenty years. When a large group of singers performs together, there’s something truly extraordinary that happens:  a deep emotional connection of diverse, committed people, creating a musical experience unlike anything they could do individually.  The St. Mark’s Choir also provides me the opportunity to learn and perform music of eras other than the Baroque, particularly that of the 19th-21st centuries.

Finally, I also love listening to jazz music! It’s actually akin to the improvisatory styles of early music, and there are so many fabulous jazz performers. It’s my go-to repertoire for relaxing.

What are your other interests? How has Covid impacted you?
Spending time with my family – Andy, Nicholas, Sarah, and our Samoyed dog Komi – is one of the great joys of my life. Andy and I recently moved to Bainbridge Island after 32 years in Seattle, and we really treasure its natural beauty: forests, beaches, and views of both water and mountains.  It has proven to be a perfect refuge during the Covid19 shutdown.

Of course, Covid has struck a huge blow to all performers. I’ve been fortunate to still be able to teach via zoom, and to do some recorded and livestreamed concerts as well. What I miss most is the choral singing, which is the most hazardous form of music-making with regard to Covid spread.  We are getting through this, though, and the light at the end of the covid tunnel grows brighter each day – especially for music!

To order the CD
From Centaur Records:

By far the two best classical CD retailers in the U.S. are ArkivMusic and HB Direct. They have both been purchased by Naxos within the last several years, so stock is not an issue with them, whereas it is a constant problem with Amazon. Please find links to the album on both sites below:

This recently released CD by Jillon Stoppels Dupree, recorded on a 2010 harpsichord by John Phillips, after a 1722 Johann Heinrich Gräbner, the Elder, double manual instrument (2×8’, 1×4’, buff), presents a sumptuous feast of varied keyboard works by J.S. Bach, played by a masterful harpsichordist and highly expressive artist.

Jillon Stoppels Dupree is clearly a harpsichordist in absolute control of nuanced harpsichord techniques — articulation, timing, phrasing, and dynamics – which are engaged for expressive purposes. The CD captures one’s attention throughout, in large part due to Jillon’s ability to shape each phrase and harmonic progression with flexibility of rhythm that nevertheless maintains an ongoing pulse, as well as through the variety of affekts she achieves.

To the famous “Chromatic Fantasia,” Jillon brings rhythmic flexibility and imagination, taking us on a fantastical journey through improvisatory sections, swirling figurations and arpeggios, expressive recitatives (with dramatic orchestral commentary), and a swirling dervish of a closing section of descending diminished 7ths that leaves one rather breathless; the subsequent Fugue goes way beyond a competent polyphonic rendition to explore the varied figures and affekts Bach created.

In the Toccata in G Major, Jillon creates unique affekts for each of the Italianate three movements: the first movement’s dancelike, joyful exuberance; the Adagio’s expressive singing style in which the individuality of the four voices is always clear; and the Allegro e Presto’s lively articulations, served up with flamboyant panache.

Jillon includes two of Bach’s keyboard arrangements of solo violin sonata movements that provide some of the most expressive moments on the CD. In the Sonata in D Minor’s Adagio, she evokes a beautifully singing melodic line, supported by rich-toned accompaniment, all within an elegant, dignified affekt; the following fugue is confidently dramatic; the Andante is touchingly heartfelt with melodic “sighs” that manage to give the effect of decrescendos; the final Allegro is elegant, with colorful contrasts and drama.

In the single movement Adagio, a rich, tragic quality is conveyed through a deeply felt pulsing and sonorous bass, upon which float treble dotted rhythms. The jacket notes explain that since the piece ends on the dominant, she leads directly into the following piece, an independent Prelude in G Major with a sweet, ringing treble tone.

Bach’s early programmatic composition, “Capriccio on the Departure of a Most Beloved Brother,” does not disappoint, given Jillon’s ability to create a unique sound world in each movement. The lamenting Adagiosissimo is especially moving, with expressive “sighs” and filling out of the figured bass, as well as tender ornamentation added to treble lines.

The harpsichord itself has a pleasant, silvery tone, especially sweet in the treble, and the reverberation (whether natural to the room or added) never obliterates the clarity of lines. For my taste, I would like more fundamental in the pitches, with resulting fuller bass tone to support the upper melodies, though the instrument may reflect characteristics inherent in Gräbner’s work (I have not had opportunity to hear an original by this maker). I found the single 8-foot registrations to be the most successful, producing a sweet, singing tone.

In this reviewer’s opinion, this CD is a worthy contribution to the large canon of recordings of J.S. Bach’s keyboard works, and keeps one engaged from start to finish. With absolute control and expressive flexibility, Jillon Stoppels Dupree brings fresh imagination to these well-known works. 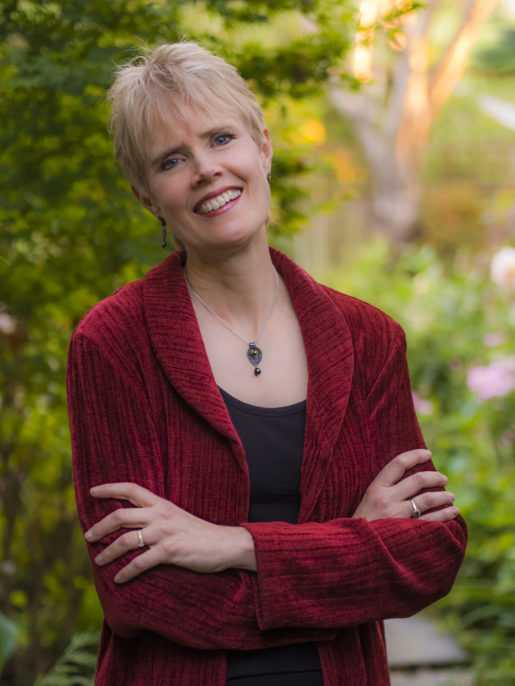 Jillon Stoppels Dupree has been described as “one of the country’s top Baroque musicians, a superior soloist and top-ranked ensemble player; and a baroque star” (Seattle Times). She performs with the Seattle Symphony, Seattle Baroque Orchestra, San Francisco Bach Choir, San Francisco Choral Artists, and Ensemble Electra; her chamber music collaborations include such artists as Wieland Kuijken, Julianne Baird, Ellen Hargis, Ingrid Matthews, Janet See, and Marion Verbruggen. Her recent activities include concerts and master classes at both Stanford University and The University of Michigan’s School of Music.

Jillon received both Fulbright and Beebe Fund grants for study abroad, and her teachers included Gustav Leonhardt, Kenneth Gilbert, Edward Parmentier and Lisa Goode Crawford. An honors graduate of the Oberlin College Conservatory of Music and Masters recipient at the University of Michigan, Ms. Dupree has taught at both her alma maters, at Seattle’s Cornish College of the Arts, and at the University of Washington. She received the National Endowment for the Arts Solo Recitalist award, for performance of contemporary harpsichord music, and her world-premiere recording of Philip Glass’s Concerto for Harpsichord was heralded as “Superb!” by the New York Times. Ms. Dupree was the Co-Founder of Gallery Concerts, an early music concert series in Seattle. She can be heard on the Meridian, Decca, Orange Mountain, Wildboar and Delos labels, and her new solo Bach recording from Centaur Records has been described as “harpsichord musicianship at its best . . .expressive . . . passionate . . . and inspiring.” (American Record Guide).