Sine Nomine presents a live concert of music inspired by the Magnificent Choirbook of Albrecht V (Duke of Bavaria), focusing mainly on Renaissance composer Cipriano de Rore (1516-1565). Rore was a titan of the mid-16th century, and one of the most influential composers of his time, standing with one foot in his native Flanders and one in his adopted homeland, Italy. His music was progressive and experimental, epitomizing the changing forms of the sacred polyphonic motet and the secular Italian madrigal, which he seamlessly interchanged. Rore’s works were widely considered to be the most expressive and eloquent of his day. We also offer works on similar texts by composers Josquin, Palestrina, and Victoria. All our concerts are offered on a free-will donation basis – so we hope you will come join us as we delve into Rore’s remarkable music from the Magnificent Choirbook of Albrecht V and the realm of infinite beauty it inspired.

NOTE: This is a live concert: in-person only. PLEASE NOTE the following COVID prevention requirements will be in effect (which may differ from current church regulations):

In consideration of everyone’s safety, both singers and audience are required to be fully vaccinated (or show a recent negative test result), and wearing masks. Director Anne Lyman will conduct unmasked, and will take a rapid test before the concert. Ushers will check audience members’ vaccination status (or recent negative test result) at the door. We appreciate your compliance with this policy.

Dr. Anne E. Lyman is one of the Pacific Northwest’s most prominent and versatile choral conductors. She serves as Director of Vocal Activities and Chair of Music at Tacoma Community College where she advises the two-year Associate of Music Major degree program. Lyman has achieved broad recognition for her early music research and performance. She currently serves as the Artistic Director of Sine Nomine Renaissance Choir, a community collegium ensemble of Early Music Seattle. She is also the Founder and Artistic Director of Polyphony Plus, a professional choir dedicated to celebrating polyphonic music from all eras. Lyman’s Tacoma Early Music Workshop is the only one of its kind in Western Washington and has drawn singers from throughout the Pacific Northwest since its establishment in 2015.

Lyman’s performance and scholarship in music has been widely recognized. She is a sought-after guest conductor for festival and honor choirs, and her choirs have appeared at regional conventions of the American Choral Directors Association (2012 and 2014.) In 2007 she was awarded a Fulbright Fellowship, completing a nine-month residency at the Katholieke Universiteit in Leuven, Belgium. Her work has been supported by the Society of Seventeenth Century Music, the Belgian American Education Foundation, the Stanley Foundation, and the Tacoma Arts Commission. Her research on Peter Philips and John Corigliano has been published by the Alamire Foundation, the American Choral Review, and Routledge.

Lyman holds degrees from the College of Wooster, the College-Conservatory of Music at the University of Cincinnati, and the University of Iowa where she studied with Dr. Tim Stalter and Dr. Christine Getz. She currently serves as Past President of the Washington State Chapter of the American Choral Directors Association and serves on the board of the National Collegiate Choral Organization. Lyman lives in Tacoma, Washington and loves hiking, cooking, and gardening with her husband Zach, son, Milo and daughter, Eleanor.

The Renaissance choir Sine Nomine, directed by Dr. Anne Lyman, is a Community Collegium ensemble, part of the community outreach program of Early Music Seattle (EMS). Founded in 2008 by conductor Gary D. Cannon and singer/manager Pamela Silimperi, Sine Nomine is a mixed-voice chamber choir specializing in the fine performance of early music, including sacred and secular works from all regions. The ensemble’s repertoire ranges from the late Medieval to the Baroque, with special emphasis on Renaissance works of the 15th and 16th centuries. Most of the participants in Sine Nomine also sing in other choruses, ranging from church choirs to semi-professional ensembles.

For questions or to request an audition, please contact us at sinenomineseattle@gmail.com

Access online concerts via the Sine Nomine YouTube channel: https://www.youtube.com/channel/UCBUxcOS3Ju8vCX1db3kcccg - Concert premieres, as well as all performances, pre-concert lectures, and program documents are available here for viewing on demand. Subscribe/bookmark this page for your convenience.

—Nov. 2016: “Palestrina: Protector of Polyphony: 16th century sacred polyphony featuring Palestrina’s Missa Papae Marcelli” // Anne Lyman, Conductor; detailing the evolution of Italian-influenced sacred choral music throughout the 1500s, highlighting the changes brought about by the Council of Trent in the middle part of the century – from the transparent, balanced works of Franco-Flemish composers like Willaert and Arcadelt, to the later, more florid works of de Wert and de Rore.

—March 2016: “Aus Tiefer Not– Out of the Depths: Music for Lent and Passiontide in 16th & 17th c. Germany” // Rebekah Gilmore, Guest Conductor; exploring the Passiontide texts of Protestant Germany and the northern introduction of the polychoral style of the Venetian school, featuring music of the early baroque by Heinrich Schütz, Hans Leo Hassler, et al. and Renaissance composers who influenced them.

—November 2015: ” ‘Let Me Not Stray’: Thomas Tallis and the Tudors” // Anne Lyman, Guest Conductor; featuring the music of Thomas Tallis, chapel musician to the final four Tudor rulers, and expressing the religious upheaval of the times: highlighting Suscipe qaeso Domine, O nata lux, and Lamentations of Jeremiah 1, plus pieces by Taverner and White

—March 2015: “Lament and Rejoice: Renaissance Music for the Modern Soul”// Featuring a cappella works on the contrasting passions of loss and celebration: secular works by Josquin, Cornysh, Gesualdo and Weelkes plus sacred works by Tallis, Gombert, Lotti and Byrd (including his monumental, celebratory motet Tribue Domine)

—November 2014: “Salve Regina” // Featuring settings of the Salve Regina by Josquin, Lassus, and Guerrero, plus other Marian-themed works by Ockeghem, Palestrina, Isaac, Morales, and Byrd

—November 2013: “Playing with Fire: Gesualdo’s Madrigals” // Anne Lyman, Guest Conductor; featuring a cappella concert music of the high Italian Renaissance: some of Gesualdo’s most appealing and passionate works, and pieces that inspired him by Josquin, de Wert, de Rore, and Luzzaschi

—November 2009: “The Two O’s: Ockeghem and Obrecht” // Featuring Salve regina settings and other works by both composers

—May 2009: “Master Josquin” // Featuring sacred and secular music by Josquin des Prez and his contemporaries

—November 2008: “Long Live Fair Oriana!: Sacred and Secular Music from England, circa 1600” // Featuring Byrd’s Mass for Four Voices, plus madrigals and motets by his contemporaries

“Congratulations on a very beautiful concert. Lifted up my whole day. The music was rich and the harmonies were exquisite. Thank you!” – K.W.

“Seattle is fortunate indeed to have Sine Nomine, an excellent choir dedicated to performing music from the Golden Age of choral music—the Renaissance. Each concert is a delight; each concert celebrates the riches of the Renaissance; each performance is done with a finesse of understanding. Thank you, Sine Nomine ... for the gifts of music you bring to Seattle.” – J.C.C.

“The respective sections of the choir showed sensitivity and fine balance throughout. Guerrero & Victoria were present for everyone to experience; the performers were their perfect servants.” – H.R.

“Thank you for the Guerrero! It all was delicious, especially the ‘Duo seraphim.’” – J.C.

“The performance again showed [conductor Gary Cannon’s] attention to detail and his sense of both choral and historical styles. The group has become a reliable interpreter of early choral music.” – P.S. 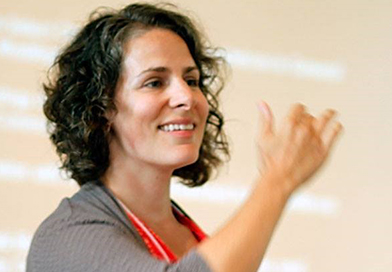