The complex and emotionally charged dialogue between the sexes is an eternal theme for composers, from the bawdiest of Renaissance Madrigals by Willaert and Monteverdi through standards by Cole Porter, by way of Ravel’s dramatic Trois chansons. In another vein, godliness bestowed upon women is extolled in works by Andrea Gabrieli and Eric Whitacre. She Said/He Said features female voices as diverse as Hildegard von Bingen and Stacy Garrop, German Romanticism from Brahms and Fanny Mendelssohn, and songwriting by Joni Mitchell. The program concludes with popular songs and jazz standards arranged specifically for Chanticleer. 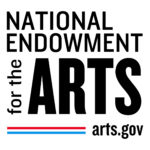 BRIAN HINMAN has been a part of Chanticleer for nearly fourteen years as both Tenor and Road Manager. In addition to performing on seven studio and twelve live recordings since joining in 2006, Brian has been involved in the production end of Chanticleer Records. He has recorded, edited, and/or mixed a number of Chanticleer’s live recordings and most notably was Co-Producer on Chanticleer’s pop/jazz album Someone New with Leslie Ann Jones and former Chanticleer member Jace Wittig. Brian is also thrilled to have written several pop, gospel, and jazz arrangements for the group in recent years. No stranger to committees and conference rooms, Brian has also served as Vice-President of the Board of Governors for the San Francisco Chapter of the Recording Academy, the organization that presents the GRAMMY Awards, and served as the Chair of their Advocacy Committee. Before joining Chanticleer, Brian built a background in theater, studied Vocal Performance at the University of Tennessee and studied jazz and acting in New York City. www.brianhinman.com

MATTHEW KNICKMAN, baritone, is proud to be in his ninth season with Chanticleer. Born in Korea, he started singing as a boy soprano at St. Stephen’s Cathedral Choir of Men and Boys in Harrisburg, Pennsylvania. He holds degrees in vocal performance and pedagogy from Westminster Choir College. As a member of the critically acclaimed Westminster Choir and Westminster Kantorei, he performed with the New York Philharmonic, Dresden Philharmonic, & New Jersey Symphony, and was led by celebrated conductors, including Alan Gilbert, Lorin Maazel, Kurt Masur, Harry Bicket, Charles Dutoit, Rafael Frühbeck de Burgos, Richard Hickox, Neeme Järvi, Bernard Labadie, Nicholas McGegan, Julius Rudel, Stefan Parkman, Joseph Flummerfelt, and Andrew Megill. He has also performed with Les Violons du Roy et La Chapelle de Québec, Early Music New York, Choir of Trinity Wall Street, Saint Thomas Choir of Men and Boys, Opera Company of Philadelphia, Opera Theatre of Weston, and Spoleto Festival U.S.A. He has been a soloist in numerous oratorios and Bach cantatas, including the St. John and St. Matthew Passions with early music organizations such as Fuma Sacra, Philadelphia Bach Festival, and Carmel Bach Festival. He has also been a Finalist in the Sixth Biennial Bach Vocal Competition for American Singers. Recently, he has performed as a soloist with Santa Clara Chorale, San Jose Chamber Orchestra, and Symphony Silicon Valley. When not singing, Matthew enjoys strawberry ice cream, eating comfort foods around the world, and is an exercise and nutritional science enthusiast.

KORY REID, countertenor, is excited to begin his eighth season with Chanticleer. Mr. Reid studied Music Education at Pepperdine University and completed a Master’s Degree in Choral Conducting from the University of Southern California. Kory is a sought-after countertenor soloist who has sung for Los Angeles Zimriyah Chorale, Los Robles Master Chorale, Catgut Trio, USC Chamber Singers, Pepperdine University Concert Choir and Collegium Musicum, and for many diverse choral recitals and church music programs across the country. Barbershop music is a salient component of his personality; he earned a barbershop chorus gold medal with the Westminster Chorus in the 2010 International Barbershop Chorus Contest, and can often be found singing tags on street corners. Mr. Reid teaches private voice and stays active as a music educator, clinician, and ensemble coach for all types of vocal ensembles.

ALAN REINHARDT, countertenor, is pleased to be in his fourteenth season with Chanticleer. He grew up in Long Island, N.Y. and prior to joining sang with various ensembles in New York City including The Men and Boys choir at St. Thomas Church on Fifth Avenue, Early Music New York and choral performances with the N.Y. Philharmonic. In 2005, he sang the lead countertenor role in the premiere of the dance/opera A More Perfect Union in the State Theatre in Perm, Russia as part of the Sergei Diaghilev Festival. Recently, he has been exploring his love of poetry on the website Voetica.com where you can find him reading such classic poets as Robert Frost, Richard Wilbur, Walt Whitman, William Wordsworth, and John Keats. An avid motorcyclist as well, Alan enjoys taking extensive trips in and around California and is a frequent backpacker in the national and state parks of the West coast. Alan holds degrees from SUNY Potsdam and the University of Illinois in Champaign-Urbana.

ADAM WARD, countertenor, is originally from Tecumseh, Oklahoma. At an early age Adam became fascinated with the voice of Patsy Cline. As a child he made a number of television appearances singing Cline’s songs. Mr. Ward began singing countertenor while studying French horn performance at Yale University. There he was also a founding member of the Yale Schola Cantorum under the direction of Simon Carrington. He has since performed as soloist with the International Contemporary Ensemble and was a member of the Choir of St. Mary the Virgin at the famed “Smoky Mary’s” in midtown Manhattan. As a horn player, Adam was a member of the Verbier Festival Orchestra, winner of the concerto competitions at Yale and Stony Brook Universities, and was a top prizewinner at the Coleman, Fischoff and Yellow Springs national chamber music competitions. As a composer his works have been heard around the world for nearly two decades. He was recently composer-in-residence for the New York City based Choral Chameleon directed by Vince Peterson and the Sacramento based Vox Musica directed by Daniel Paulson. He is also an avid singer-songwriter. Adam holds a B.M. from Manhattan School of Music, M.M. from Yale School of Music and additional years of study at the Hartt School, Royal College of Music (London) and Stony Brook University. Adam is overjoyed to be in his fourtheenth season with Chanticleer.