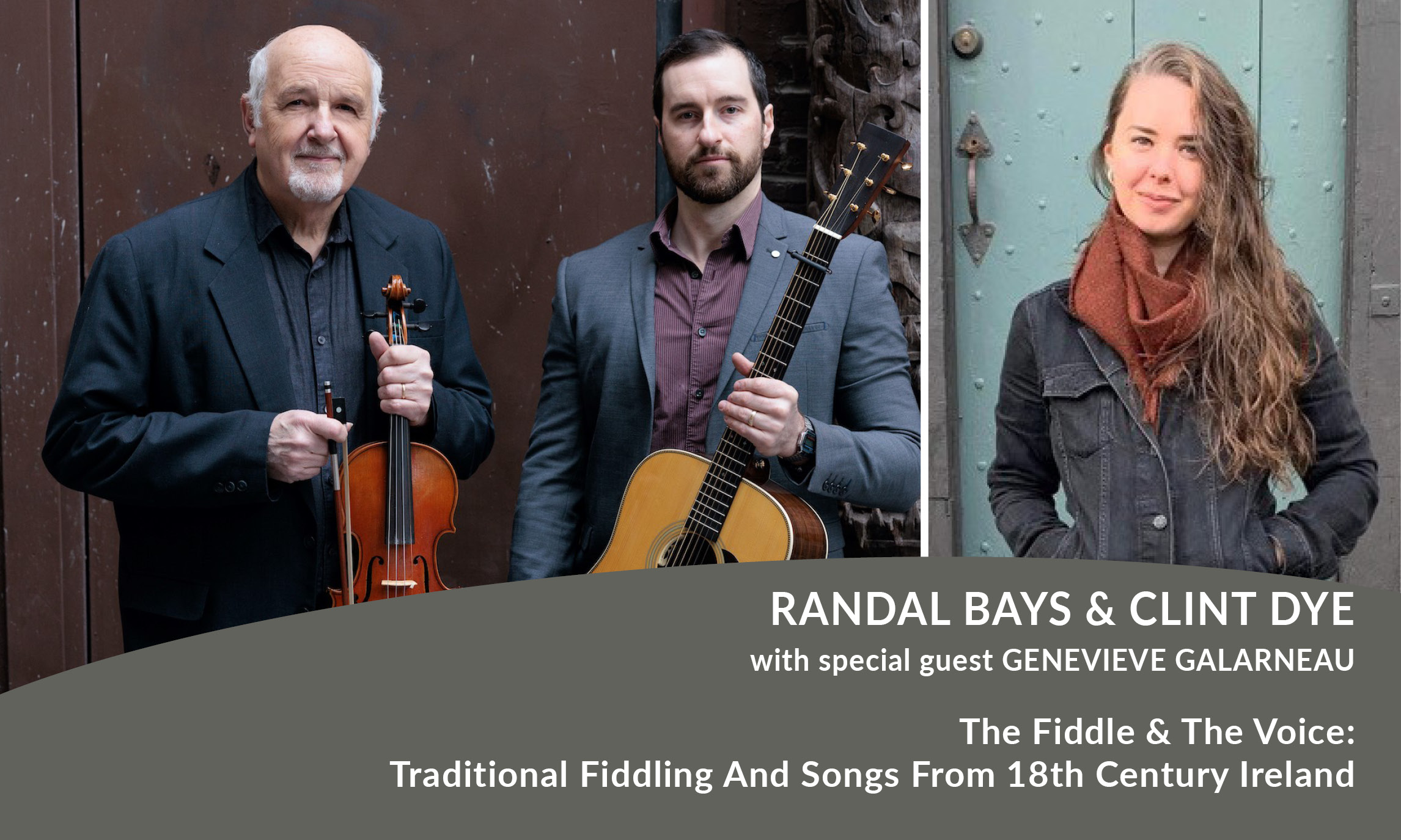 This concert includes traditional fiddle tunes and songs in Irish Gaelic from the 18th century.

As Fiddler Magazine says, “Randal Bays is one of the finest Irish fiddlers one could ever hope to hear.”

Randal Bays is an American born, Irish style fiddler who brings power and passion to the old tradition. He’s well known on both sides of the Atlantic for his fiery fiddling and his devotion to the traditional style of playing. He has a special love for the fiddle traditions of Counties Clare and Galway, where he’s spent many a night playing tunes with the masters of that intricate music. Randal has recorded and toured in the US, Ireland and Europe with such musicians as Martin Hayes, James Keane and Daithí Sproule (Fingal), James Kelly and many more. In 2021 he received the Irish Artist in America Achievement Award from O’Flaherty Irish Music in Texas. Randal lives in the Seattle area and is the Artistic Director of Cascadia Irish Music Week.

Guitarist Clint Dye is a fairly recent addition to the Seattle Irish music community. His great musicality, rhythm, and style have made him very welcome in sessions and concerts around the Northwest. Clint got his start playing traditional Irish music by accompanying step dancers and singers in the Busch Gardens show Celtic Fyre in Williamsburg, VA. During this time, he began to cut his teeth in Irish music sessions and worked in small groups. He has appeared at numerous festivals and events on the east coast and since relocating to Seattle has worked with several local bands.

Genevieve Galarneau is a US-born singer in the ancient Irish tradition called “sean-nos”, or “old style”. She’s made numerous visits to Ireland and learned from some of the greatest sean-nos singers of our time, including Lillis Ó Laoire, Mairéad Ní Mhaonaigh and many more. Her achievement in mastering the intricacies of the sean-nos style and Irish Gaelic are extremely rare, especially in someone not growing up in Ireland. Genevieve’s talent and dedication were recognized when she won the Comórtas Amhránaíochta Sean-nós in Oireachtas Gaeilge Cheanada (the All-Canada Sean-nós Singing Champion) in 2021. She earned a Master’s Degree in Folklore and Ethnomusicology from Indiana University with a focus in Irish traditional song and folklore. Genevieve lives in Portland, Oregon and is active in performing and teaching.