VIRTUAL DIABOLUS IN MUSICA – A New Springtime Of The World 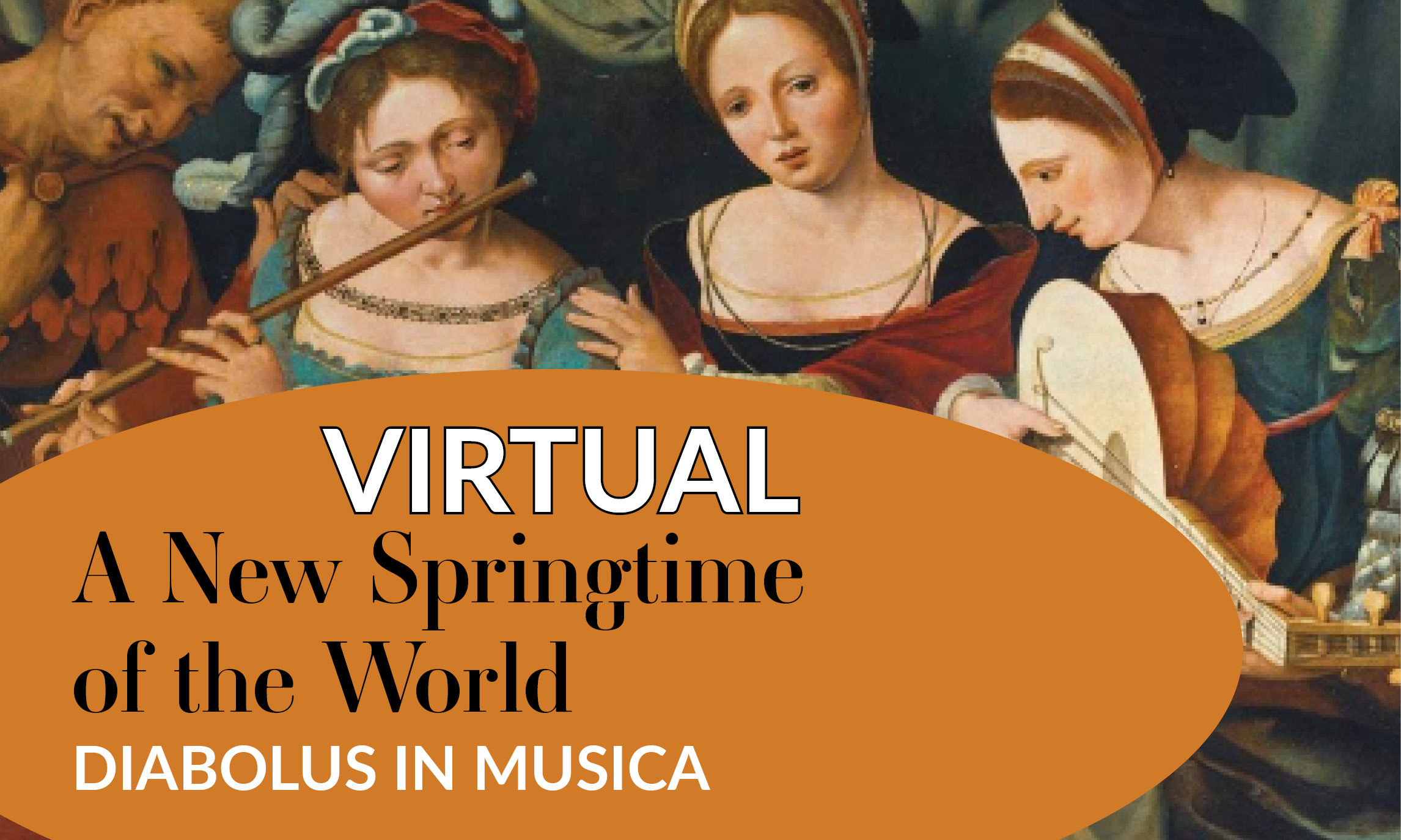 “Experience the raw emotion of the human voice and embark on an extraordinary journey through time!”

Songs and Roman Polyphonies of the 13th Century
The program takes its inspiration from two regions – the Troubadour songs from the courts and castles of Southern France; and the newly constructed Roman cathedrals. Both fostered new musical expressions in the 13th century. The developing feudal system and Persian influences from the Iberian Peninsula opened the door to a new appreciation for beauty, in the forms of painting, sculpture, and song inspired by Courtly Love. At the same time, the Roman vocal arts flourished with new chants and polyphony in the generous acoustics of these new basilicas and chapels. It was a time of astonishing creativity in both the sacred and secular worlds.

Since 1992, Diabolus in Musica explored the immense repertoire of music from the Middle Ages. For 30 years under the artistic direction of Antoine Guerber, and now under that of Nicolas Sansarlat beginning in 2022, the musicians of Diabolus in Musica have never ceased to share and delight, conferring excellence and beauty on this resplendent musical art. With an affinity for the repertoire of the school of Notre-Dame and that of the trouvères, the vitality of the ensemble is nourished as much by the discovery of unpublished musical works as by the known works of the medieval repertoire. The numerous artistic collaborations, the rich discography, and recognition in France and internationally have made Diabolus in Musica a pillar of medieval music today. Taken together, their work gives an important place to pedagogy, leading to many presentations and masterclasses in academic settings. They strive to share their passion with medieval-themed evenings – the “Vinum and Carmina” – with an ever-widening audience.

Need to know before you go:
Bastyr University Chapel – No masks are required or proof of vaccination needed. Feel free to wear a mask if it makes you feel more comfortable.
Free parking at venue.