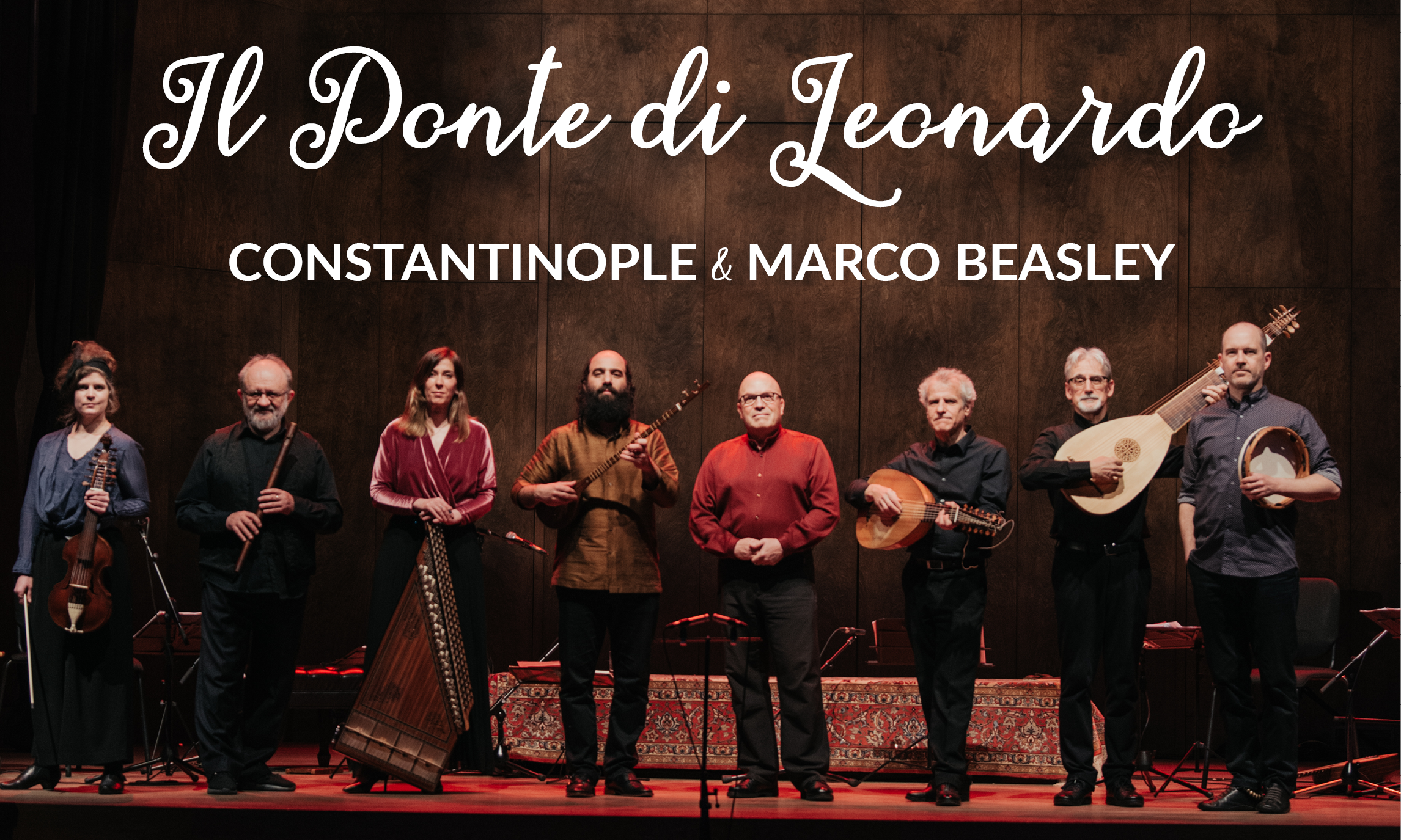 In 1502, Leonardo da Vinci drafted the plans for what would have been the largest bridge in the world, in Istanbul. However, the project never saw the light of day. Five centuries after Da Vinci’s death, this concert gives musical expression to his unfinished architectural project and builds the bridge he envisioned between East and West. Musical works drawn from 16th- and 17th-century manuscripts found in the national libraries of Istanbul and Florence will be revisited by the solo musicians of the Constantinople ensemble and the sublime Italian singer Marco Beasley. These works represent Persia and the Ottoman Empire on the one hand, and Renaissance Italy on the other.

This concert continues our journey tracing the footsteps of the great visionaries and is also a celebration of the imagination and greatness of an artist who left a profound mark on the history of humankind.