Early Music Seattle has much to learn in order to play an authentic role in serving a society that values Black bodies and Black voices. We choose to begin this new chapter by listening to and amplifying the thoughts of Black artists and arts leaders as they share their views on music programming, arts leadership, and the collaborative process.  We are exploring this topic through a series of commissioned articles, which will help us make critical decisions in the months ahead as we examine the barriers and assumptions that stand in the way of justice in the arts. Early Music Seattle is posting this article with the permission of the author. The opinions expressed in this post are those of the author. 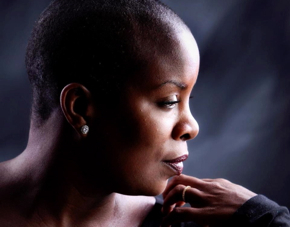 About the writer:
Leslie Kwan is a first generation Guyanese-American harpsichordist, entrepreneur and arts executive. Highlights of Leslie’s career include founder and harpsichordist of L’ Académie Baroque Orchestra in Boston, MA and senior marketing director roles at the Boston Symphony Orchestra, Handel + Haydn Society, and the Chineke! Foundation in London. As of October 2019, Leslie became the founder and Managing Director of Lionsgate Music, an innovative chamber music series exclusively for hospitals that specialize in cancer and pediatrics throughout the United Kingdom. Ms. Kwan lives in London.

The first time I fell in love with early music was in the summer of 1996, right before my senior year in college. After spending most of my life playing the piano and later the viola, the harpsichord and all of its zingy, vibrating brilliance resonated with me so much that I felt like I discovered the door to my sonic home; a place I intuitively knew existed but never found. The recording was J.S. Bach’s Double Violin concerto in d minor, specifically the second movement. From the downbeat of the first measure, the first violin part soared into my heart the same way Horowitz’s singing touch did on the piano. I remember my mother watching me as I sat in my favourite armchair in the den, tears rolling down my face. The velvety mohair texture of the gut strings, the lowered pitch, and the contrapuntal lines dancing in and around each other was sheer joy. I knew in that moment that I had finally found my identity.

The years that followed were a blur, literally a baptism in early music. I read voraciously, immersed myself in the various styles, and emerged reborn into a world I adored but that was historically completely unavailable to me. The more I studied, the more I discovered that someone who looked like me was hardly mentioned in music history books. The power of storytelling in baroque culture through my lens as a Black woman was completely non-existent, and I quickly realized that one of the privileges I did not have was to see or hear myself in any of the narratives used to teach early music. If I was depicted at all it was always on the periphery of either a painting or a tapestry usually as a servant – unequal, less than. Is it any wonder then that over the past two centuries that depiction of Black people in early music hasn’t changed? The very art form that claims to be in solidarity now is rooted in a foundation of race, gender, and class divisions.

The truth is I never felt like I existed on the periphery of the early music community per se because I always found a way to perform and be visible, but it has never been lost on me how rare my presence is; that being a harpsichordist who is also female and Black is actually a political statement, a revolution for the very world that kept me and people who looked like me out. Once upon a time that world was highly coveted, considered a sign of class and good breeding. And for most early music groups in the 21st century, that world is still desirable and emulated. It is clear in marketing, communications, and social media platforms. It is obvious in the artistic planning and most glaringly in the community engagement programs that always feature a young Black child in need of being lifted up or rescued. It is this cultural version of redlining that denies the Black community entry while simultaneously imploring the same community to attend the very performances that exclude them both on and off the stage. As a result, the common refrain, “it’s always been done this way” has single handedly undermined the very diversity-equity-inclusion goals early music organizations allege they are trying to achieve.

Thanks to Covid-19, the racial pandemic that has been the bane of the United States’ existence has finally dropped the scales from everyone’s eyes. Early music groups now realize that they can no longer hide behind the “historically informed” presentation of yore and claim to be woke at the same time. The truth is that the way in which early music is presented has always been a reflection of the times, and in a post-racial America, the time has come for these organizations to rewrite their missions, get clear on their intentions, and ask themselves who they are presenting this music to and why.  What are their signposts for success? Sold-out concert halls based on a segregated and antiquated presentation model, or the tears of joy from a young Black child hearing Couperin for the first time?

After reading numerous statements from organizations that have either never or rarely hired a Black musician or employee, I had to ask myself, what changed? Did everyone suddenly realize that they have a heart? How does an organization shift from ignoring systemic racism for decades to a Pinterest-worthy post about solidarity? If they never uttered a word beyond “such a shame” over every death or racial discrimination case, and continued to present programs that catered to their predominately White patrons and donors, why bother? If the system wasn’t broken, why change it? The answer to this question is conscience, and no one wants to be guilty of not supporting racial equality now.

For organizations that have recently unearthed their hearts and moral compasses, the time has come to take steps to ensure that the systemic racist business model they have benefitted from hasn’t left an errant cell behind that has the capacity to metastasize. Real change starts with an enlightened heart and that begins with leadership. In order to stay relevant and in the black, these orchestras, choirs and ensembles need to undergo a full check-up in order to get a clear diagnosis of their cultural health. Once leadership has been given a clean bill, they can issue remedies for their departments and artists to work from, thereby ensuring optimal healthy practices that results in concerts and programs that are about the people and for the people.

This is not an easy process but revolutions seldom are, and that is where the early music world is right now – on the precipice of a human connection revolution. The question isn’t whether they will survive it and come out on the other side more or less intact. The question is whether they will buy a new canvas and paint a portrait of their entire community. In short, this is their last chance to become their community’s musical home, a home where everyone and anyone can find their sonic identity.