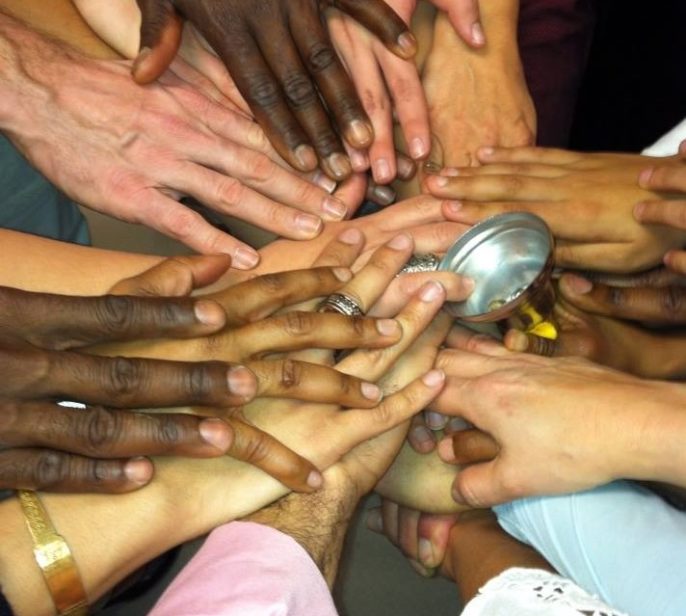 De Inga y Mandinga (roughly “of Indigenous and African heritage”) is a multimedia, multidisciplinary and multigenerational bilingual (English-Spanish) theater production that celebrates cultural and ethnic diversity in Latin America through stories of colonialism, migration and cultural mixing. The 2022 De Inga y Mandinga version will be a new iteration of previous versions staged in 2012, 2013 and 2014, in which we will incorporate Sephardic and Ladino repertoire along with Afro-Latinx diasporic music. This performance is the story of migration and cultural survival of two women, one Jewish and one African, and their journey to Latin America. The core artists for this show include the De Cajón Project music group (Taryn Webber, Jabali Stewart, Eduardo Montero, Monica Rojas-Stewart), Milvia Pacheco, Lian Caspi, Reynaldo Ruiz, and guest artists Trio Guadalevin along with a youth group that will include both participants from the earlier productions and a new young ensemble.

To better understand how to create a just partnership between a white-led arts organization and BIPOC artists, staff and board members of Early Music Seattle and members of the project’s cast are meeting regularly to plan the production using the peacemaking circle format. Peacemaking circle format, a process that builds relationships so complex problems can be addressed. Our partnership has many aspects to discuss, such as audience access, the portrayal of people of color in EMS advertising media, cultural appropriation of African and Latin American music, and more. We are finding, after several meetings that this extended planning process is allowing us to get to know each other and begin to build the trust we need to have in place to be able to present this, and future projects in a just, authentic way.

We will keep you posted on our process in the months to come and we ask for your patience as we deal with the challenges ahead. You will be hearing more details as we build the framework needed to establish a new method of collaboration that we can apply to our future work.