Corelli and the Elevator

Go for it. What would you say has been the most important invention over the past five hundred years or so? The automobile? Nuclear power? The microchip? Sliced bread?

My vote…(drum roll)…The elevator! You scoff, but think about it. Before the elevator, cities could only expand as far as their horizontal geographical limits, hoist themselves four or five creaking stories, and then stop. With elevators, cities can expand vertically; the sky is literally the limit. In New York City, for instance, where the population in 1900 was already a steamy 2,000,000, it is now inching toward 8,400,000. You think that’s something? Tokyo was 1.5 million in 1900. Now it’s twenty-five million. Yet both cities have essentially stayed within their same borders. How did they do it? They went up!

The repercussions of this aren’t merely demographic, though this consideration alone is earthshaking: the vast migrations from rural to urban areas that began in the late 19th century, which changed the political and economic landscape of the United States, could not have occurred unless there was room to cram everyone in. But look also at the evolution of architecture and technology, from wood and brick to steel and concrete. Look at the social changes wrought by population density made possible by such extensive layering. Work patterns, transportation, trade, commerce—all these things underwent profound change because people could live on top of each other.

What does this have to do with the 17th-century Italian composer and violinist, Arcangelo Corelli, you may well ask? Well, just as the innocuous elevator caused a revolution in society, an equally modest invention on the violin created an equivalent jolt to music history. That invention, which occurred just a generation before the arrival of the elevator, was the chinrest. 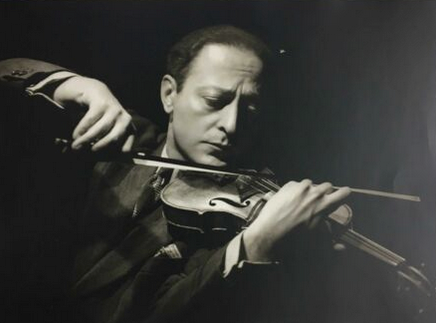 The chinrest is that little wooden doohickey clamped to the base of the violin that violinists rest their jaw on. (I’m not sure why it’s called a chinrest when it should really be called a jaw rest; maybe because chinrest is easier to say five times fast.) Before the 19th century there was no such device. It was invented by Louis (or Ludwig) Spohr, a contemporary of Beethoven, who was a fine violinist and decent composer. The chinrest caught on immediately and spread like wildfire among violinists and violists. Why so popular?

When Corelli composed his glorious music around 1700 almost all of it could be played in first position. In fact, Corelli expressed disdain for technical extravagances. There’s a story, which may be true, that he refused to play a high A that Handel asked of him because he felt it was too ostentatious. Composing for first position was standard fare for all composers of the time, and one of the miracles of the Bach solo sonatas, for example, is that for all their extreme difficulty the range of pitches is just as extremely modest.

“What do you mean by first position?” ask the uninitiated. What that means is you can keep your left hand in basically the same place all the time; that place abutting the scroll of the violin. As a result, you can more or less rest your left elbow against your side and cradle the violin in your left hand. It means you don’t have to slide your hand along the fingerboard in order to shift to higher positions. And that’s a good thing because without a chinrest, shifting is a pain in the a– . It feels like you’re going to drop the fiddle every time you go from one position to another. I know this because when I’ve performed recitals of sonatas by Baroque masters like Corelli or Handel on a Baroque violin, I’ve had to throw all my tried-and-true fingerings out the window simply because there ain’t no chinrest. (Using colloquial jargon reminds me that country fiddle players traditionally don’t use a chinrest either; most of their playing is in first position, too, and they hardly ever shift positions. Next time you go hear some real downhome country music, watch the fiddler—technically it’s probably more reminiscent of a Baroque violinist than today’s concert artists.)

Corelli was the gold standard for composers and violinists at the turn of the 18th century. In that regard he was like Mozart on the piano about a century later. Also like Mozart, he put musicality on a pedestal first and foremost; technical brilliance—though both composers had technique coming out their f-holes—was servant to the master, music.

So why did Spohr feel a need to invent something new when everything was already hunky-dory? The answer is that during the 18th century tastes and the market place evolved toward a greater desire for technical brilliance versus music-simply-for-beauty’s-sake, and virtuoso violinists like Locatelli and Tartini started fooling around with all kinds of unusual effects. When Spohr, with his new-fangled chinrest, made it exponentially easier to shift, it blew the whole lid off technical limitations on the violin. (There’s been an ongoing historical debate whether the legendary Paganini used a chinrest or not. If he didn’t, more power to him. )

What happened to music when the chinrest caught on and violinists could exploit the entire length of the fingerboard all the way into the nosebleed section? The violin concerto became king and grew to heroic proportions. Consider the concertos of Beethoven, Mendelssohn, and Brahms, all composed shortly after the invention of the chinrest. Violin virtuosos like Paganini and Spohr, and later Wieniawski and Vieuxtemps, swarmed across Europe and America, dazzling audiences with their talents. 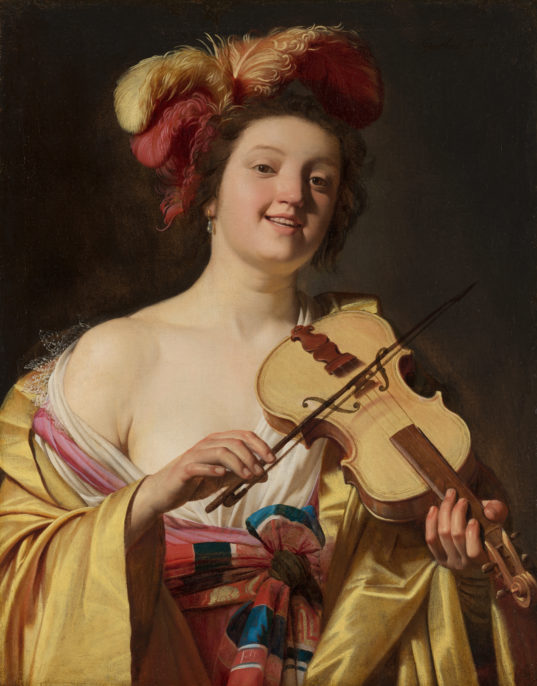 The Violin Player, (1626) by Gerrit van Honthurst, “Mauritshuis, The Hague.”

As the scope of the music expanded, so did the size of the concert halls in which it was played, and this required concomitant changes in violin technology in order to project the sound for greater distance. The very length of the fingerboard increased, enabling violinists to play higher and higher into the stratosphere. The angle of the neck of the violin was altered to create greater tension on the strings, thereby producing a more powerful sound. But with this greater tension there arose two vexing problems: the top of the violin, for centuries designed to accommodate only so much pressure, was in danger of caving in; and strings, traditionally made of gut, would often break. To counter these negative effects, a stronger bass bar was placed under the top of the violin, and gut strings were now wound with various metals or, in the case of the E-string, was no longer gut at all but a steel wire. (A third problem: the Baroque-style bow, unable to satisfy the demand for greater sound production, also underwent a revolution in design, but that in itself is the subject of another essay.)

So now, thanks to the chinrest, we have violinists’ fingers zipping up fingerboards to dizzying heights along metal strings, like a high-speed elevator ascending a skyscraper on a cable, punching out an impressive powerhouse of sound with ever more technical audacity.

But when we visit an old east coast city like New York, Boston, or Charleston, or even older ones in Europe—London, Paris, Rome—what is it we want to see? New skyscrapers with their high-speed elevators? Perhaps for some. The technological feats are admittedly nothing short of mind-boggling, and undoubtedly there is that peculiar Freudian allure. I think most of us, though, pack our bags to immerse ourselves in the historical, the charming, the elegant. The handmade. And whenever possible we want it painstakingly restored, to see as it was originally conceived. We want to feel the connection with a quieter, more intimate, more human, time; to feel we’re a part of that history.

That, essentially, is why, on the occasion of the 300th anniversary of Corelli’s death in 2013, I performed his violin sonatas on a Baroque instrument with gut strings, with a Baroque bow…and without a chinrest. It was a golden opportunity to provide today’s audience with a glimpse of the handcrafted world long before the elevator was ever a gleam in Elisha Otis’s eye. 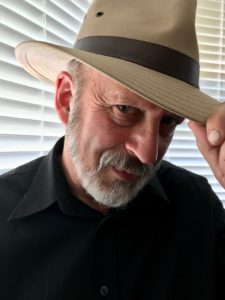 Gerald Elias leads a double life as an award-winning author and world-class musician.

His Daniel Jacobus mystery series takes place in the dark corners of the classical music world, with Cloudy With a Chance of Murder the seventh installment of the critically acclaimed series. He has also authored a musical memoir, Symphonies & Scorpions, a political thriller, The Beethoven Sequence, and a collection of short stories. Other short stories, essays, and articles have graced prestigious journals and anthologies from Ellery Queen to The Strad magazine.

A former violinist with the Boston Symphony and associate concertmaster of the Utah Symphony, Elias has concertized on five continents, was a long-time faculty member of the University of Utah School of Music, and has been music director of the Vivaldi by Candlelight chamber orchestra series since 2004. In April of 2022, Centaur Records will release his recording of the Opus 1 sonatas by the Baroque violinist-composer Pietro Castrucci, the first-ever complete recording of those works.

Gerald Elias was born on Long Island, attended Oberlin College and Conservatory, and graduated from Yale University and the Yale School of Music. After 30 years in Salt Lake City, he recently relocated to Seattle to be a hands-on grandpop, but maintains a vibrant concert career while continuing to expand his literary horizons.