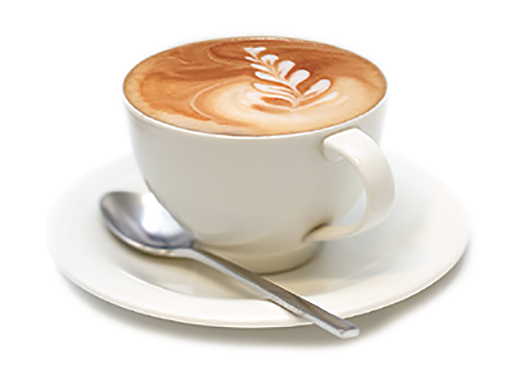 Like so many things in Seattle, Early Music Seattle’s journey to fully staged period opera all started with a cup of coffee. Fred Hauptman and I had just met while helping David Brewster produce his lovely series of Schubertiades at Intiman Theatre and the UW’s Roethke Auditorium. Brewster had by then opened up the acoustically welcoming Town Hall and was hoping to build an in-house series of music festivals to “show its potential.” Fred joined the concert hall team as music director and I was elected as a member of the board representing the (then named) Early Music Guild. But where to go from there?

Fred and I invited a group of local early music luminaries for lunch at the home of Margriet Tindemans. Proposals, some modest and others utterly looney, were tossed back and forth, but nothing seem to fit our purpose, budget or timeline. At some point, frustrated, I picked up my paper cup on which was blazoned a familiar mermaid logo. In a flippant mood I blurted, “How ‘bout we get Starbucks to sponsor Bach’s Coffee Cantata … and I’ll stage it!” Fred immediately leapt on the idea, proclaiming, “BACH AROUND THE CLOCK! BACH AROUND THE CLOCK!” all over Margriet’s kitchen.

At first I thought Fred was a little nuts. But within a year the Bach marathon was off and running and my Coffee Cantata was up there on the Town Hall stage sporting a barista cart, café tables, truculent teens with headphones, and a whipped-cream canister used in a most delightfully suggestive manner. We had a hit and followed it up the next year with Bach’s much darker Selig ist der Mann, interpreted as life-affirming reflections during a wake. The only props for it were a smattering of chairs and a shroud, but it worked brilliantly. By this time, Gus Denhard, the new director of the Early Music Guild, was on hand and ideas about full-scale productions were beginning to rumble about.

Fred and I were by then on the board of the EMG and plans began in earnest. Gus, Fred, and I met over coffee at the EMG offices. The budget would be tight, so the works had to be short and the sets minimal. We settled on two off-beat, one-act quasi-operas by the incomparable Claudio Monteverdi, Il ballo delle ingrate and Il combattimento di Tancredi e Clorinda, to be presented as a double bill in 2002. They were the EMG’s first fully staged music dramas – not sumptuous to look at, though Anna Mansbridge’s elegant choreography, James Middleton’s opulent costumes, and the presence of a Harley motorcycle and fire hydrant raised both eyebrows and applause. Not much else on the set, but the singing, instrumental playing, and dancing were on a high professional level. Seattle finally had opera that was both Baroque and beautiful, even if limited.

That meant the EMG had to up its game. A subsequent production was proposed with a slightly larger budget, more traditional theatre environment (ACT’s Falls theatre), bigger cast and sets, and a trio of live dogs who howled with the singers during rehearsals ­to boot. Gus and I sat down with designer Middleton, over coffee in my studio of course, and set him up to design John Blow’s Venus and Adonis as well as direct. Presented in 2004, it proved another step forward, even if some budgetary corners were cut and the dogs and children’s chorus stole the show. (Immortal dictum: beware of performing with animals and kids.)

With two successes in hand, Gus and I decided that it was time to pull out all the stops. The internationally respected Steven Stubbs had now returned home to Seattle and would be added into the mix. A large meeting was held on a balmy summer eve on my deck with plenty of coffee flowing from my new espresso machine. This time there would be no holding back on our vision of a full-scale production. Numerous prospective works were laid on the table, but one stood out above all others: Monteverdi’s L’incoronazione di Poppea.

I had staged Poppea 20 years before at the University of Washington with a talented student cast and it was a considerable success. But this would be different. The cast would be world class, the theatre setting the best available, and supratitles introduced to give full play to the epic sweep of its powerful, insightful, wickedly political plot. The logistics of putting it together took nearly a year; the rehearsals were exhausting, and the performances in the old Intiman Theatre were powerfully and erotically intense. (Love literally conquers all in this story, but at the expense of fragile noble ideals.) There were bumps in the road with illnesses, sudden cast changes, and endless budget compromises to juggle and solve. Yet this Poppea clearly stood as a triumphant end of a process that all began with a mocha latte and an alluring, smiling mermaid on the side of a paper coffee cup.