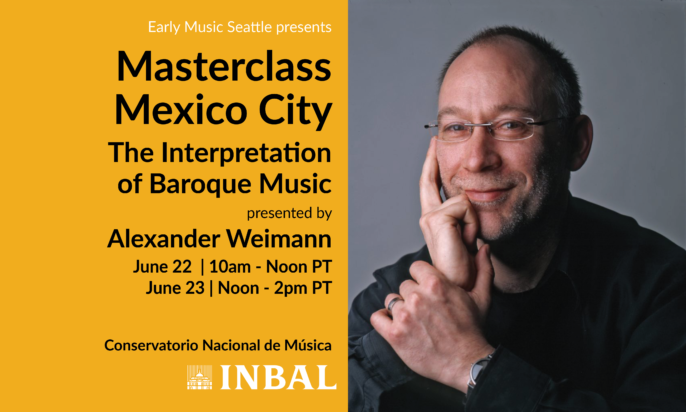 Alexander Weimann presented another in a series of Masterclasses. This time, students of the Conservatorio Nacional de Música joined Alexander for insightful and exciting lessons discovering “The Interpretation of Baroque Music.“

Read all about it! PRESS 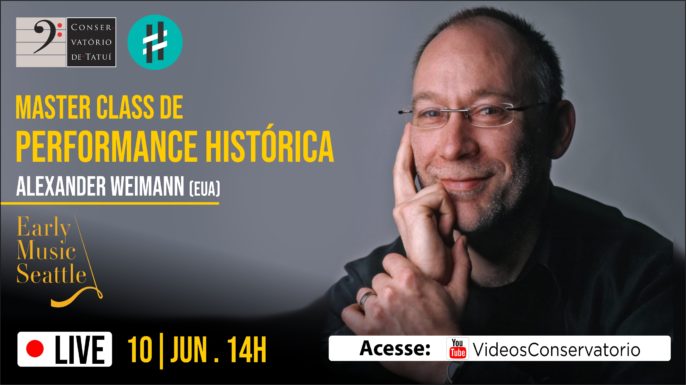 On June 10, 2021, Alexander Weimann, Music Director of Seattle Baroque Orchestra, presented a masterclass of Historical Performance at The Conservatory of Tatuí, Brazil. A masterclass is a class, especially in music, given by an expert to highly talented students. Meet the gifted students below. 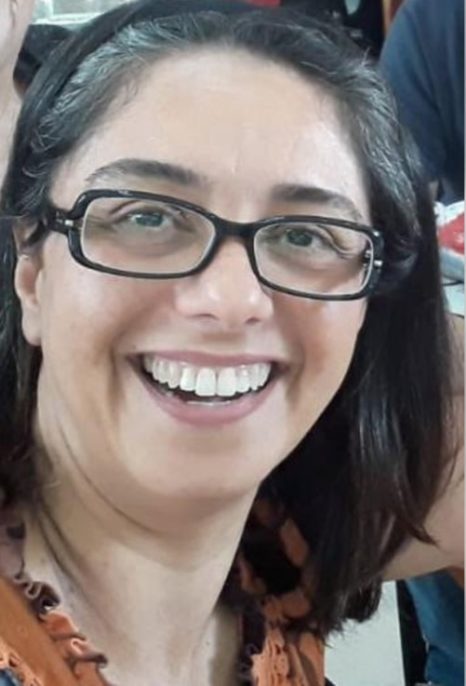 Currently studying piano at the Conservatory of Tatuí under the guidance of Junior Gurgel. She began her musical studies with Marta Melo (until 1998), who applied Claudio Richerme’s piano technique. From 2017 to 2020, she studied piano with Andrea Turato in the city of Poços de Caldas, Minas Gerais (Brazil). In the January of 2019, she attended the Festival Música nas Montanhas under the guidance of Ney Fiakow. 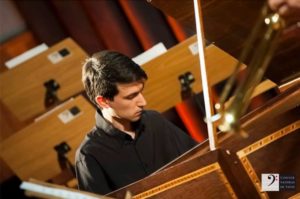 Tessarin began his musical studies at an early age, guided by the great involvement of his family with the musical world. Tessarin’s first instrument – at the age of 3 – was a classical guitar built by his father, a professional luthier, and was taught by his uncle. His formal musical education began at the Conservatory of Tatuí, where he obtained a degree in Classical Guitar in 2008, at the age of 16.

With his great passion by keyboard instruments since his childhood, was self-taught both at the harpsichord and organ, that eventually became his main activity. In 2014, he returned to the same conservatory in order to study conducting with Cadmo Fausto. He also studied bass and played with many early music ensembles. In 2018, while attending the Harpsichord Week at the Federal University of Rio de Janeiro, Tessarin performed a public recital. He also played as a continuo player with the Piracicaba Chamber Orchestra in the same year.

In 2020, he enrolled as a student to the Historical Performance department of the Conservatory of Tatuí, in order to study under the guidance of Pedro Persone, PhD. 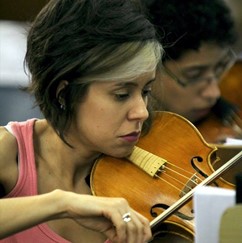 Bonina holds a Bachelor’s degree in violin performance by the Technological Institute of Osasco (Fito), where she studied under the guidance of Gabriel Gorun (Romania). Within her international musical experience, one can mention the Vaasa Chamber Music International Festival (Finland, 2013) and the ESMAE Early Music International Course (Portugal, 2015). She picked the baroque violin in 2014 with Paulo Henes and was soon invited to play at the Baroque Art Orchestra, where her teacher was also the Music Director. In Brazil, from 2015to 2018, she attended the EMESP Early Music Encounter, where she had the experience to play with Sigiswald Kuijken, Ryo Terakado and Jaap Ter Linden. She participated of masterclasses with Manfredo Kraemer (2018), Cynthia Freivolgel (2019) and Rodolfo Richter (2020, at the VI Conservatory of Tatuí Historical Performance Week). She is currently studying at the Conservatory of Tatuí under the guidance of Marcus Held, and plays with the EOS – Early Music USP and, for 7 years, has been working at the Schola Cantorum of the Nossa Senhora de Nazaré (Osasco). 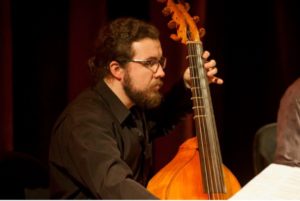 Carloni was born in Jaú-SP, reads philosophy at Uninter and holds a degree in viola da gamba performance by the Conservatory of Tatuí (2019). He began his musical studies as a cellist at the same conservatory. Having a special interest in historical performance practice, in 2015 he picked the viol under the guidance of João Guilherme Figueiredo. Carloni attended many festivals and summer courses in Brazil, such as the Curitiba Early Music Workshop (from 2018 to 2021), the EMESP Early Music Encounter (in 2018 and 2019) and the Conservatory of Tatuí Historical Performance Week (from 2018 to 2020). In those events, he had the chance to learn from prestigious professors, such as Jennifer Morsches, Reiko Ichise, Rodolfo Richter, Marcus Held, Juliano Buosi, Dolores Costoyas, Nanneke Schaao, Jaap Ter Linden and Luís Otávio Santos.

by Mauricio Roman and Gus Denhard

On April 29th Alexander Weimann, Music Director of Seattle Baroque Orchestra, presented a masterclass for vocal students at the Universidad Autónoma de Nuevo León (UANL), Mexico. A masterclass is a class, especially in music, given by an expert to highly talented students. 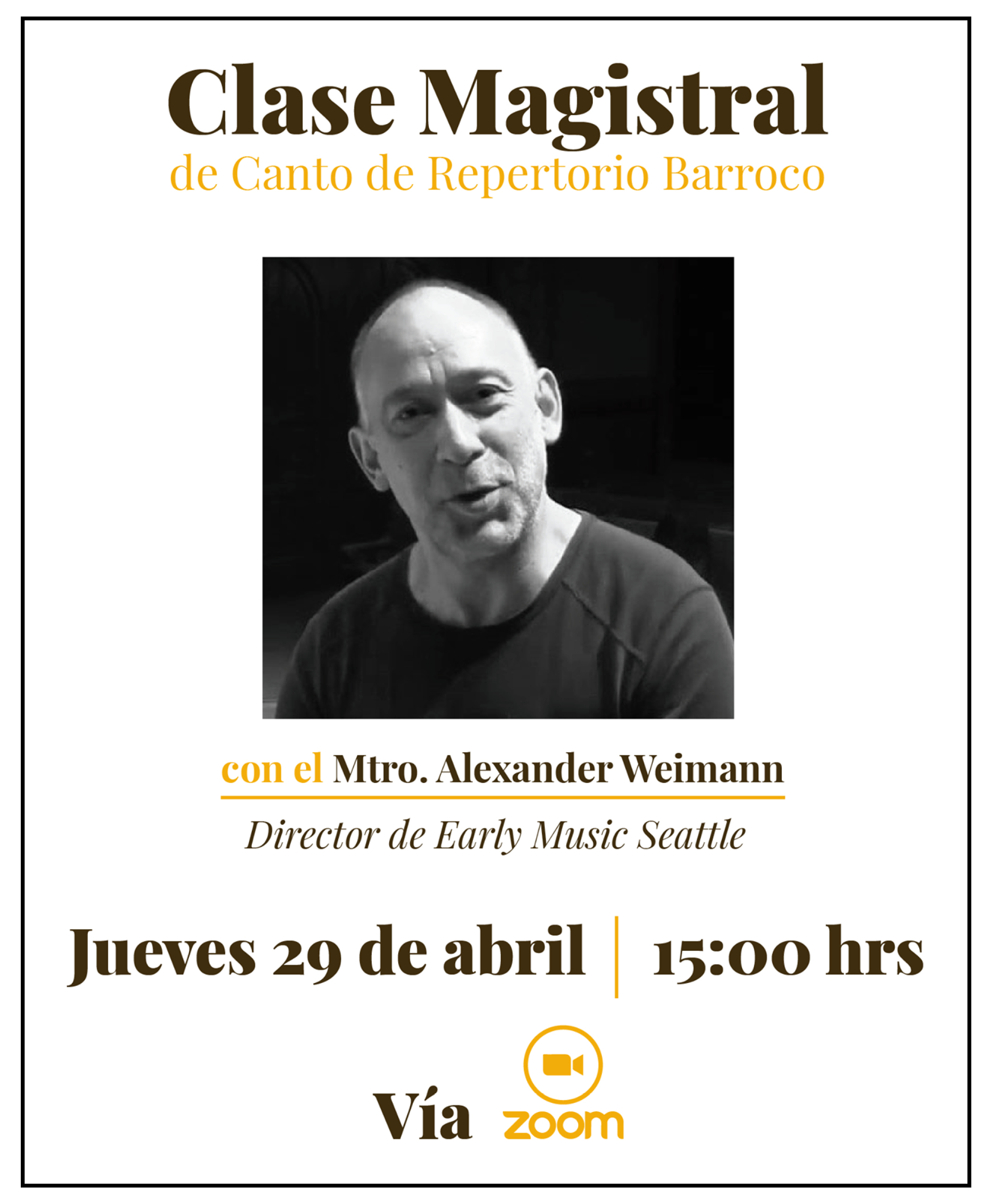 The UANL is the third largest university in Mexico. Headquartered near Monterey, it has seven campuses across the Northern state of Nuevo León, of which Monterey is the capital city.

Four vocal students sang for Mr. Weimann and each performance led to interesting observations about how singers can approach the new musical style that was developed in Italy at the turn of the 1600s, called “recitar cantando”. This monodic musical style represented a shift away from polyphony and allowed the singer more freedom, such as slightly shifting the tempo as necessary to accommodate the meaning of the text. 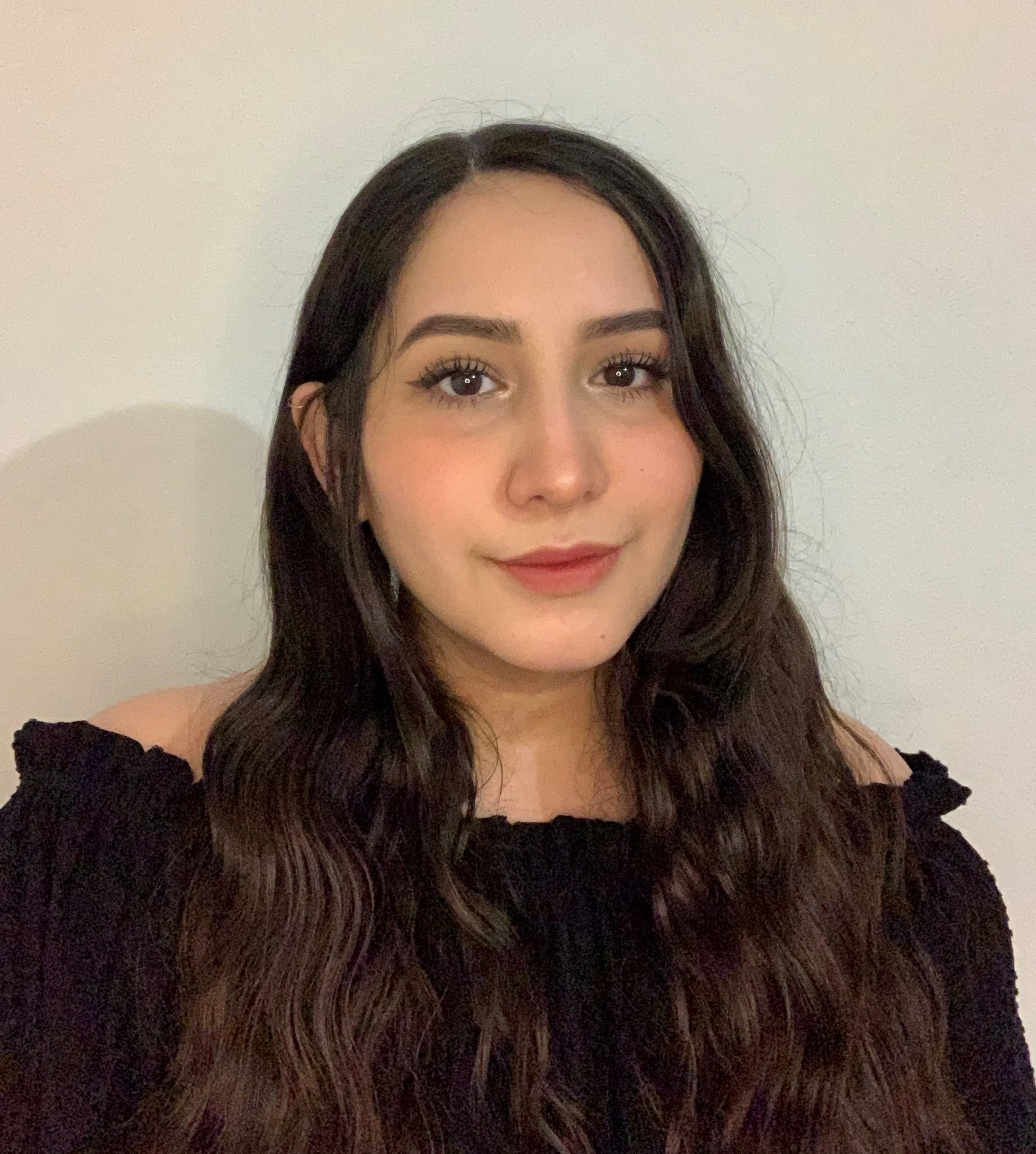 This piece presents many challenges to the singer: where to take time, where to be more rhythmic, and more. Very little has been decided in advance by the composer.  Some questions helped set the stage for musical interpretation: Who is speaking, and what are they saying? Though the song comes from a man’s point of view, Mr. Weimann saw no problem in changing the pronouns to a female perspective. Quick changes between emotions of sadness and hope and the contrast this makes is an element of the emerging baroque style. And most importantly, all quarter notes are not created equal, allowing the singer to accommodate the rhythm to the text – something that would not be possible with multiple voices. 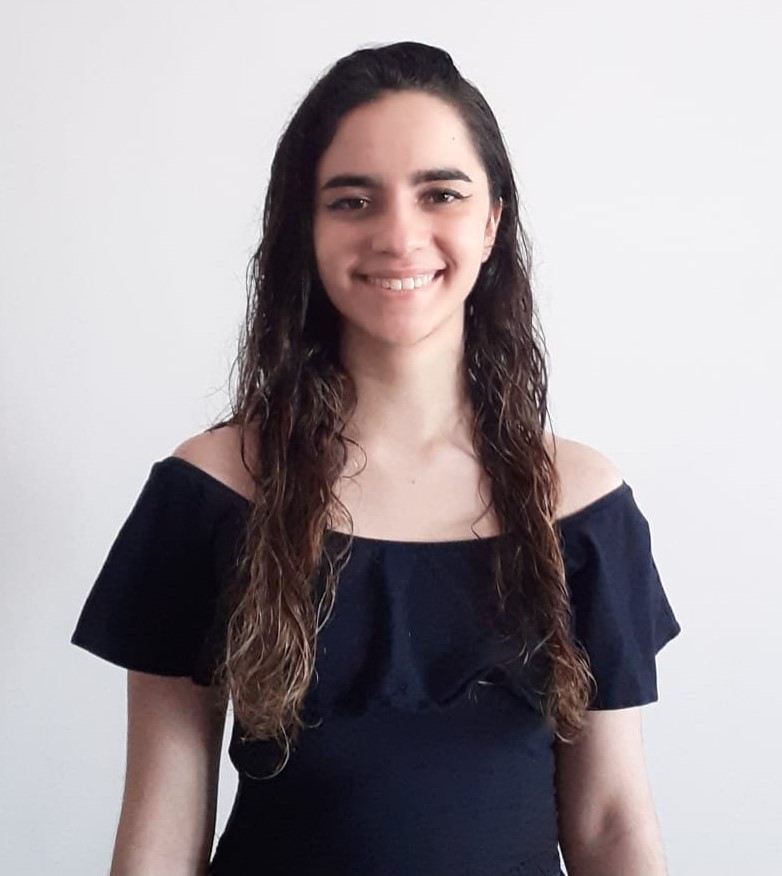 Shifts from minor to major help change the mood of the song, where the priority, in the composer’s own words, are text over music. This means that the emotions are first conveyed by the declamation of the poetry which is then enhanced by the music itself.

Imagine this new personal style in comparison to the polyphonic music of the day.  This new solo voice style really stood out as different from the norm of the time. Caccini and Peri ushered in opera with this new approach to singing. With one singer and accompaniment, there is an opportunity to be very flexible. Lead in any direction and your accompanist will follow. 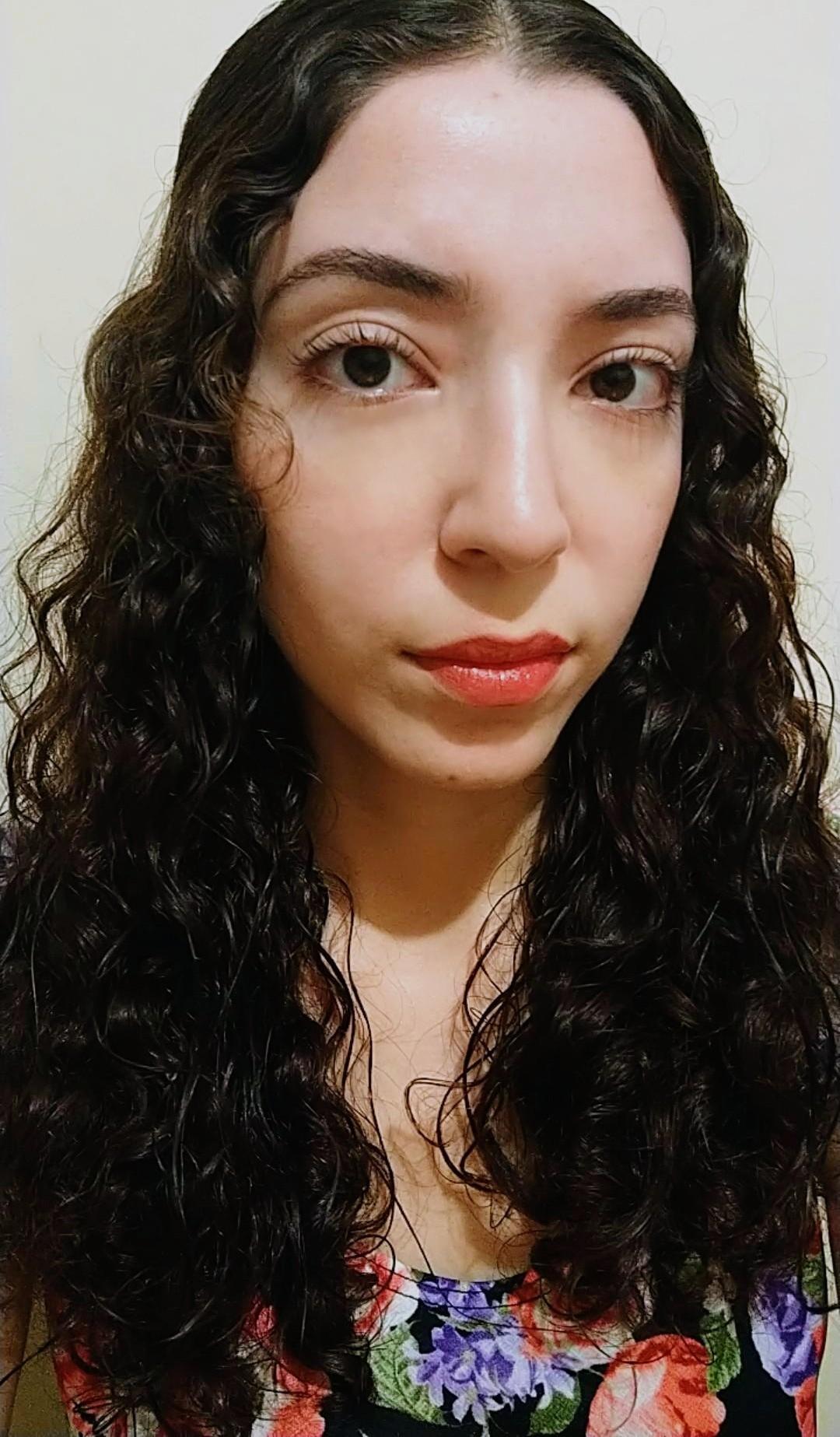 This is a challenging piece. There is a flexible line between the reciting and singing natures in this style of music. This is the introduction to the first important opera, Orfeo, sung by Music. In contrast, an earlier opera with the same theme, Euridice by Jacopo Peri and Giulio Caccini, lets Tragedy sing the introduction. This shift underscores the importance that Monteverdi gave to music – to its power and its magic.  The various verses of this piece are all sung to somewhat different music, all in service of the specific meaning of each verse. 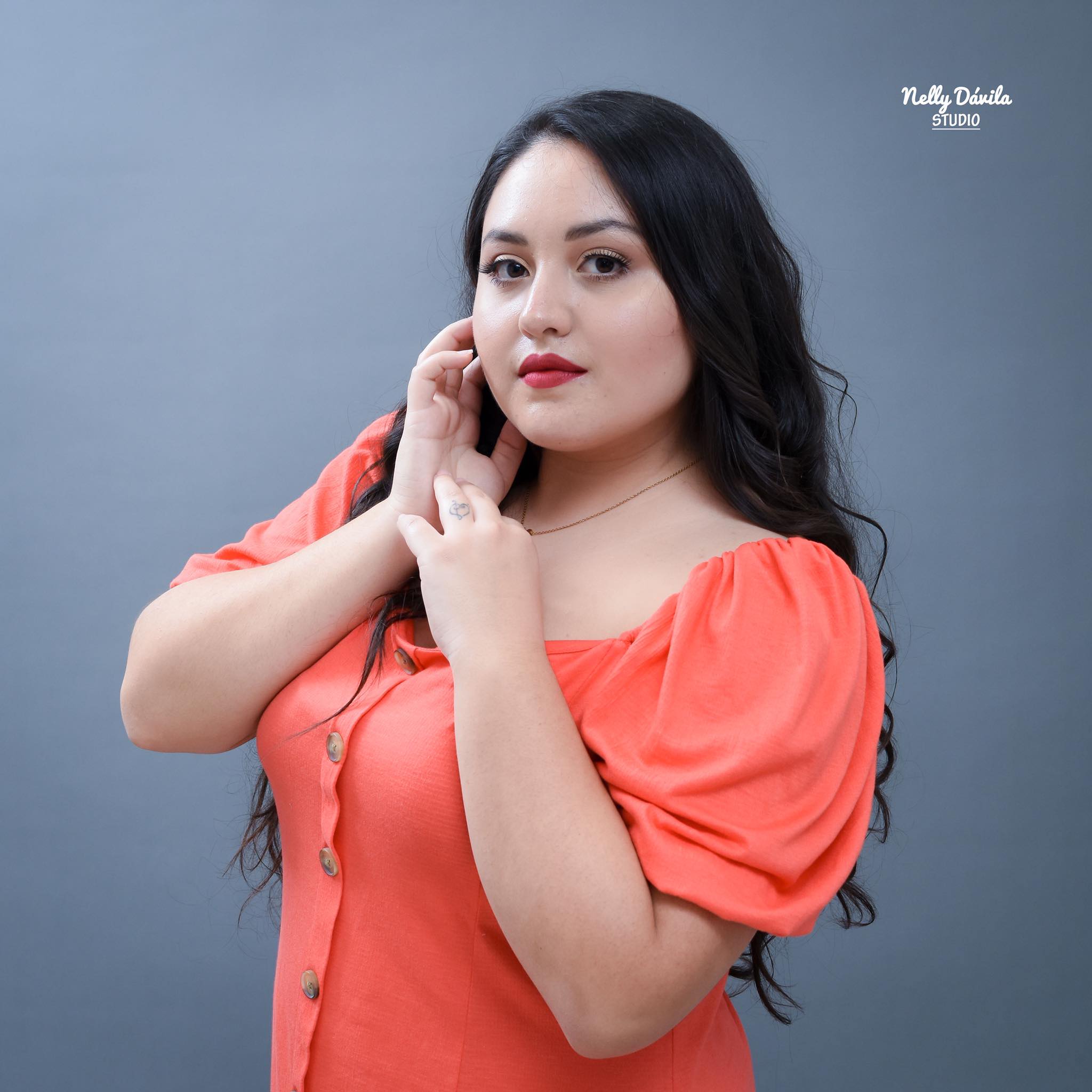 Mirka Huerta performed Pur cosí in un girono and Piangerò la sorte mía, the recitative and aria of Cleopatra from the opera Giulio Cesare in Egitto by Handel.

This opera, named for Caesar, is really about Cleopatra and her goal to become the Queen of Egypt and also the Empress of Rome. At this point in the story, she is being thwarted and stands defeated.  This aria reflects her state of mind. How would the singer imagine herself on stage at this moment? Who else would be there (or not)?  The question was asked: how does the recitative help the character admit to despair and then express it in the aria that follows? Alexander and Mirka worked on the details of that transition, shaping the mood with tempo, dynamics, and more.

In conclusion, this successful masterclass was a testament to the good will that musical partnerships can engender across great distances, and the attraction that early music has for young people.
This class, sponsored by Early Music Seattle, was arranged through conversations with soprano and vocal instructor Lisa Rodriguez Guardiola and Dr. Mayela del Carmen Villarreal Hernández, Deputy Director of the music faculty. Lisa Rodriguez performed as part of Early Music Seattle’s performance of Vivaldi’s opera Montezuma, presented in February 2020.

We thank Alexander Weimann for his time and commitment and for these fine young singers for their careful preparation.

Alexander Weimann has been Music Director of Seattle Baroque Orchestra since 2015 and is one of the most sought-after ensemble directors, soloists, and chamber music partners of his generation. This masterclass is sponsored by Early Music Seattle.