As we saw last weekend, during his employment at the court of Weimar, Johann Sebastian Bach prepared solo harpsichord versions of concertos by Antonio Vivaldi. Today I’d like us to listen to one of the Vivaldi concertos that he transcribed for the organ. 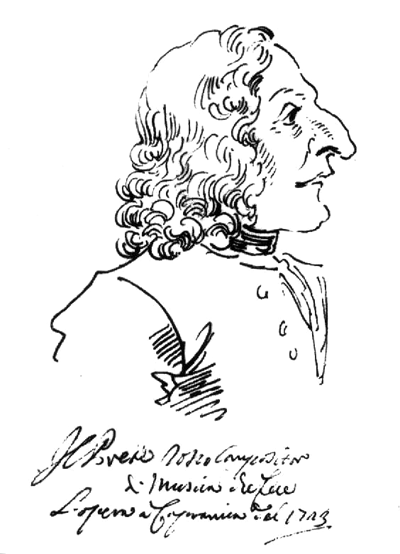 As a performer, Bach was first and foremost an organist. His first job was as organist of the Neukirche in Arnstadt (1703–07; where he got into trouble with the church authorities for overstaying his leave to walk to Lübeck to hear Dieterich Buxtehude perform his choral and organ music. Bach’s next professional position was as organist of the Divi-Blasii-Kirche (St. Blasius Church) in Mühlhausen (1707–08; where he composed organ preludes, fugues, toccatas, and fantasias, as well as his two earliest-known cantatas—Aus der Tiefen rufe ich, Herr, zu dir (From the Depths I call to you, Lord, 1707) and the well-known Christ lag in Todesbanden (Christ Lay in the Bonds of Death, by 1708), two choral works that, once heard, journey with one through life. 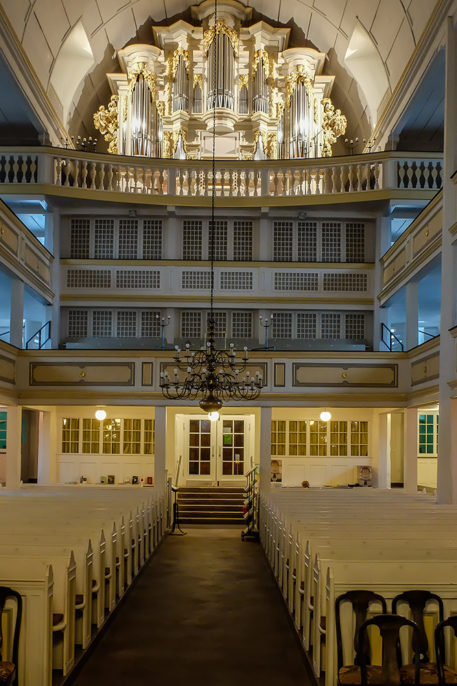 Such was Bach’s mounting fame as a “hot-shot” organist that the very next year he was hired as court organist—as well as violinist, concertmaster, and director of chamber music—by the Duke of Weimar. At that court he composed Fugues on themes by Corelli, Legrenzi, and Albinoni, many Preludes and Fugues, the Fantasia & Fugue in G minor, the Toccata, Adagio & Fugue in C major, and his two most famous works for organ, the Toccata & Fugue in D minor, BWV 565—musical rhetoric in action!—and the massive Passacaglia & Fugue in C minor, as well as his two organ arrangements of Vivaldi Concertos, one of which we shall hear today.

As Elaine Thornburgh has noted and we saw last week, Bach was particularly attracted to the Italian style in which one or more solo instruments alternate section-by-section with the full orchestra throughout a movement. From the Italians he learned to write dramatic openings and employ dynamic rhythms and harmonic schemes.

In practically all of the instances where Bach arranged Vivaldi’s concertos from L’estro Armonico (The Harmonic Whim), Op. 3 (1712), he was not satisfied with a literal transcription—he did not simply make a “keyboard reduction.”  Instead, as we saw last week, he enriched the original by strengthening its often meager polyphony, sometimes even rewriting the entire bass line. The A-minor Concerto for Two Violins is an exception— Bach paid it the compliment of making no changes at all. And the compliment is well deserved. The concerto has no weakness in its structure and is highly inspired and masterfully written throughout.  So let’s take a deep dive into how it “works.”

The concerto’s opening movement is built on the usual late-Baroque ritornello principle, which means that the sturdy first tutti statement or parts of it reappear regularly throughout the movement and at the end, providing structural “pillars” that support the entire movement. Usually the ritornello presents one distinctive, easy-to-recall musical event, but in this movement Vivaldi radically creates an opening ritornello consisting of five sections, each with its special musical purpose:

Yes!  And all of this in less than 32 seconds! Only then do the two solo violins first enter with still more new material (00:32).

To get your bearings, here is a scrolling-score of Bach’s version, performed by the English organist Simon Preston (who recorded the complete works of Bach for DGG), with enlivening articulation in the fast movements and lovely coloring of the central movement:

As the movement progresses Vivaldi selects one or more of the ritornello sections to serve as his structural “pillar,” placing them in different keys as he modulates, before returning to the tonic at the end of the movement. One never quite knows what to expect. If he wants to push forward, he deploys B; if he wants to leave us dangling mid-air for a while, he employs D; if he wants to resolve some built-up tension, he uses the cadential D’, etc.

Between the ritornellos Vivaldi spins out the solo passages that are not only softer by their nature, but also lighter in character, more playful, or more lyrical, thus bringing the contrast of tutti (full ensemble) vs. solo (violin duet) into sharp focus. In spite of the multiplicity of themes, the form of the movement remains admirably clear, concise, and balanced – a joy to follow, once you catch on to Vivaldi’s new methods.

The somber mood of the second movement is created by a powerful unison statement centered on a downward leap of an octave, repeated three times in a downward sequence, as in a classic Baroque lament bass. Bach indicates that this passage should be played piano, though in Vivaldi’s original it is not marked as soft, and might have been played more boldly.

This strong opening acts as a preface to a middle part of enchanting tenderness in which the two solo violins—in the best tradition of Claudio Monteverdi’s madrigal duets like Zefiro torna and Pulchra es, partly intertwined, partly in harmony—spin out a lovely melody over a steady background of a descending ostinato in the upper and middle strings that is a faint echo of the movement’s opening statement. The delicacy of this middle section is enhanced by the silence of the lower strings and continuo—a striking texture Bach would use in his Passions.  All the sharper and more dramatic, then, is the contrast when the full unison tutti breaks in at the end with a repeat of the opening musical gesture. This beautiful elegy is one of my favorite pieces of Baroque music—or music of any period.

Again in ritornello form, the last movement resumes the rhythmic energy of the first movement, with even more breathless drive. A stunning feature is the sudden emergence of a hauntingly beautiful, widely arched melody in the second violin against arpeggios in the first violins—one of those truly magical Vivaldi moments that come out of the blue and transport us to another realm.

If you’d like to see an organist play this virtuosic piece, here is Ulf Norberg’s performance in Hedvig Eleonora Church, Stockholm

Note how the organist changes among the three keyboards to alter the dynamics and color, and how sometimes two keyboards are used, in addition to the foot pedals.

To hear an organist not afraid to add his own pyrotechnics to Bach/Vivaldi, check out Ton Koopman’s fine performance.  His improvised arabesques in the middle movement deepen the mystery even further. And the tempo of the Finale is just right:

But now to hear the composition’s original version! Farewell, Weimar!  Welcome to Venice!

Vivaldi: Performed by the Tafelmusik ensemble of Toronto, one of the world’s top baroque orchestras.

So what became of the man who could write such beautiful music, and was a seminal influence for a genius like Bach?  Well, his life did not have a happy ending.

As the scholars quoted in the Wikipedia essay recount, Vivaldi had met the Hapsburg Emperor, Charles VI, in 1728 while the emperor was visiting Trieste to oversee the construction of a new port. Charles admired Vivaldi’s music so much that he is said to have spoken more with the composer during their one meeting than he had spoken to his ministers in over two years. He knighted Vivaldi and gave him a gold medal as well as an invitation come to Vienna. In exchange Vivaldi presented to Charles a manuscript copy of a set of his concertos. 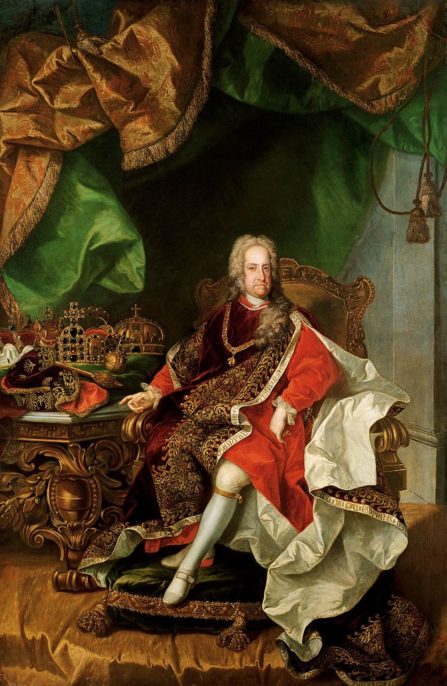 Two years later Vivaldi, accompanied by his father, traveled to Vienna and Prague, where his opera Farnace was presented and garnered six revivals. Two of his later operas were created in collaboration with Pietro Metastasio, the major representative of the Acadian movement and court poet in Vienna.

But with his compositions no longer held in such high esteem in Venice as they once had been, due to changing musical tastes, Vivaldi decided to relocate to Vienna. His hope was that the success of his meeting with Emperor Charles VI would yield a position for him as composer to the imperial court.

Vivaldi took up residence near the Kärtnertortheater, but shortly after his arrival in Vienna, Charles VI died, leaving Vivaldi without royal protection or a steady source of income. He soon became impoverished and died during the night of July 27/28, 1741, at the age 63, of an “internal infection.” Vivaldi was buried in a simple grave in a cemetery next to the Baroque Karlskirche that was owned by the public hospital fund.  The precise site of his tomb is unknown. 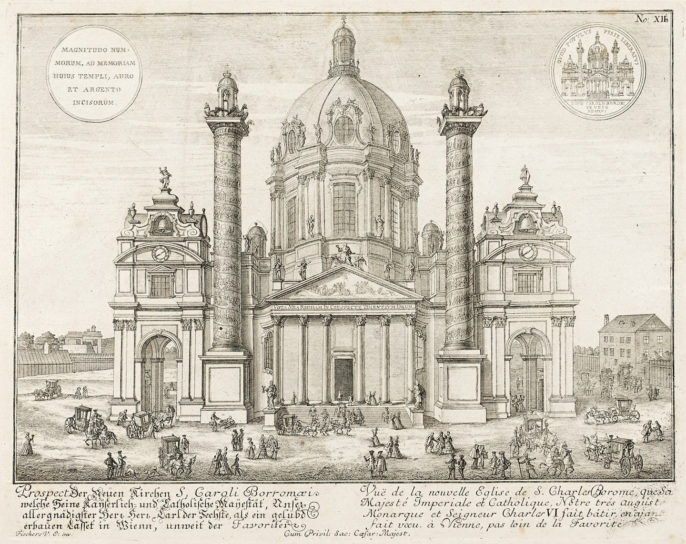 The Classical and Romantic periods were little aware of Vivaldi’s art.  Only in the early 20th century, when the Fritz Kreisler composed a Violin Concerto “in the Style of Vivaldi” that became quite popular, did scholars like Marc Pincherle start to unearth and study Vivaldi’s music.  Among the new fans instrumental in Vivaldi’s revival were the Italian composer and conductor Alfredo Casella, the American poet Ezra Pound, the conductor Arturo Toscanini, the German scholar Arnold Schering, and the American violinist Louis Kaufman.

Over the years, numerous Vivaldi manuscripts have been discovered, including a cache of fourteen bound volumes of his works previously thought to have been lost during the Napoleonic Wars, but found in a monastery in Piedmont in 1926.  The volumes contained 300 concertos, 19 operas, and over 100 vocal-instrumental works!

Since the Second World War, Vivaldi’s compositions have enjoyed wide success, aided in no small part by concerts and recordings of historically informed performances on period instruments.  And previously unknown works continue to be found.  Settings of the psalms Nisi Dominus and Dixit Dominus turned up in 2003 and 2006, and an entire opera, Argippo (1730), was discovered in 2006 and produced two years later in Prague Castle.  The year 2014 yielded an unknown Trio Sonata for Violin, Cello, and Continuo, and the year 2015, a youthful Sonata for Violin in A major.  (A mirthful “New Discovery Teaser,” including a phone conversation with Vivaldi (!), is available at https://www.youtube.com/watch?v=TfxHwqiCbPY; be sure to click on the English closed captions.)