While waiting in the car in Seattle the other day for my wife to return from her eye exam, I was enjoying the excellent offerings of our very special Classical radio station, when I was informed by the host that Johann Sebastian Bach had never composed for the piano because it hadn’t been invented yet.

Well . . . yes, the behemoth “modern” piano—Steinways, Bösendorfers, etc.—were still a long way down the road . . . but considering that Bach lived until 1750 and Bartolomeo Cristofori (1655–1731), working for the Medicis in Florence, was building pianos by 1700, you can see the problem. Cristofori’s pianos were instruments on which the player could achieve changes in loudness solely by increasing or decreasing the force with which the keys were struck—something not possible with a harpsichord. Perhaps word of the gravicembalo col piano e forte, as it was first called, had not travelled across the Alps into central Germany? Indeed, it had! 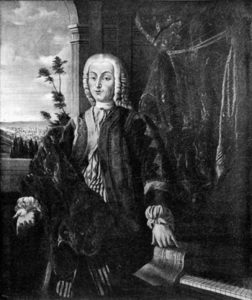 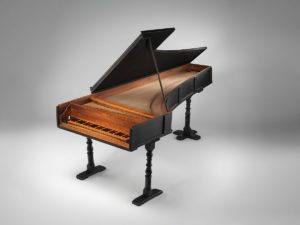 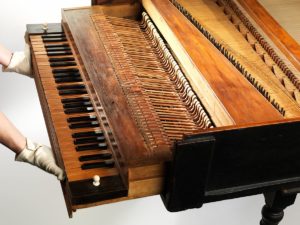 And here’s one of the routes: In 1711 Scipione Maffai, an influential literary figure, published a detailed article about Cristofori’s novel keyboard instrument in the Giornale de’letterati d’Italia of Venice, complete with a diagram of the piano’s action. In 1725 this article was translated into German by the Dresden court poet Johann Ulrich König, who almost certainly was a personal acquaintance of the organ, harpsichord, and fortepiano builder Gottfried Silbermann of Freiberg (1683–1753). Evidence from Johann Heinrich Zedler’s Universal-Lexicon indicates that Silbermann built his first piano in 1732, only a year after Cristofori’s death. 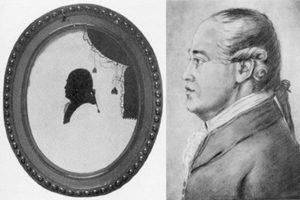 When Bach first played on one of Silbermann’s pianos, he praised its beautiful sound but criticized the heavy touch and thought its treble was too weak, according to an account by Jacob Adlung and Johann Friedrich Agricola in the Musica Mechanica Organoedi (1768). Silbermann was displeased with this criticism but took it to heart and continued to improve the action in his pianos.

During the 1740s, the music-loving Frederick the Great of Prussia became acquainted with Silbermann’s improved pianos and bought a number of them. Two are still located in Frederick’s palace in Potsdam (one was destroyed by bombing during the Second World War). Carl Philipp Emanuel Bach, who was Silbermann’s godson, would have accompanied the flute-playing Frederick on these pianos, and when his father, Johann Sebastian, visited him on May 8, 1747, he met with Frederick the Great and finally gave Silbermann’s instruments his approval, according to the Berlinische Nachrichten von Staats-und gelehrten Sachsen. On this occasion Bach improvised a fugue on one of the King’s improved Silbermann pianos based on a melody given to him by Frederick, which eventually led to the work we now know as The Musical Offering.

(Two unsatisfactory films have been made of this encounter. A 1985 East German–Hungarian TV movie has Bach playing a harpsichord rather than a fortepiano. Other errors are detailed in the YouTube commentary.

In a 2005 French/German/Swiss collaboration entitled “My Name is Bach,” the first “fortepiano” that Bach tries has the soundtrack of a modern piano! The soundtrack of the second piano is that of a fortepiano, though not necessarily a Silbermann.  And, as noted above, Bach’s criticism of Silbermann’s fortepiano was earlier. On this visit, he approved of the King’s instrument.

Let us begin listening to Bach and the piano with Andreas Staier’s live-in-concert performance of the Prelude and Fugue in G-sharp minor, BWV 887, from The Well-Tempered Clavier, Book II (No. 18, 1744), on a 1749 Gottfried Silbermann fortepiano.

Bach cast his lively, dance-like Prelude in Binary Form (|: a :|: a’ :|), with the first section modulating to the dominant key, D# major, and the second section leading us back to the home key, as in all Baroque dances. In both style and form the Prelude reminds one very much of the playful sonatas of Bach’s exact contemporary Domenico Scarlatti (1685–1751). The three-voice Fugue is based on the repetition, in various keys, of a long, snaking Theme in a flowing, pastoral 6-8 meter alternating with Episodes that carry us from one key to the next.  Organized like all of Bach’s fugues, it first establishes the home key (bars 1–70), then explores various related keys (bars 71–125), and finally re-establishes the home key (bars 125–143).

Although The Well-Tempered Clavier, Books 1 and 2, were written for harpsichord or clavichord, it has been suggested that this particular piece may have been intended for the fortepiano, for Bach himself wrote piano and forte markings in the Prelude. These dynamic markings, though, could just as well indicate that Bach wanted the piece played on a double-manual harpsichord, with one keyboard set quieter than the other, to achieve his echo effects. In the first published pieces specifically for the piano, Lodovico Giustini’s twelve Sonate da cimbalo di piano e forte detto volgarmente di martelletti (Florence, 1732), we find markings for gradual changes in dynamic (piu piano and piu forte) of which the piano, but not the harpsichord was capable.

The adjective “well-tempered” (wohltemperierte) in Bach’s title refers not to modern equal temperament, but to the new systems of tuning keyboard instruments developed by the organist Andreas Werckmeister (1645–1706) and others, including Bach himself, that made it pleasing to play in all twenty-four major and minor keys — something hitherto impossible with the traditional “meantone” tuning system, in which only certain keys were viable (the more sharps or flats in a piece’s key signature, the worst it sounded). Depending on which “well-tempered” tuning system you choose, the mood and coloring of a piece changes significantly. (Johann Nikolaus Forkel, Bach’s first biographer [1802], reported that Bach found other people’s tunings unsatisfactory and devised his own temperament which allowed him to play in all keys and to modulate into distant keys almost without the listeners noticing it.)

(For a beautiful performance of the G-sharp-minor Prelude and Fugue on modern piano, I would recommend Angela Hewitt at https://www.youtube.com/watch?v=GqsCWgm87Tw. To experience how the piece would have sounded to the generation of Mendelssohn, Chopin, and the young Brahms, listen to Anna Hajduk-Rynkowicz playing on a magnificent 1837 Parisian Erard grand piano at https://www.youtube.com/watch?v=IZ5KZpUuybo.)

The brilliant Japanese fortepianist Genzo Takehisa has made performance videos of a number of Bach’s keyboard works on his replica of a Silbermann fortepiano, which you can access at https://www.youtube.com/results?search_query=bach+silbermann+piano+Takehisa — a great way to spend a cloudy hour in Seattle, as I did last Saturday.

Here is Takehisa’s interpretation of the Courante from Bach’s Partita No. 1, BWV 825.

And finally, a performance by America’s grand master of the fortepiano, Malcolm Bilson — whose concert at the Detroit Public Library in 1980 changed the course of my life.  Here he plays a piece so familiar to us, Bach’s Prelude and Fugue in C Major, BWV 846, from The Well-Tempered Clavier, Book I (No. 1, 1722), in a very different way — with all the dampers raised throughout the entire piece (as Beethoven instructed for the first movement of his “Moonlight” Sonata). (If you watch closely, you can see all of the dampers go down at the end of the Prelude.)  Malcolm’s instrument is a replica of a 1749 Gottfried Silbermann fortepiano built by Paul McNulty (2020).

So yes, Bach did compose the majority of his keyboard works before his positive experience with one of Silbermann’s improved fortepianos, but the piano had been invented in his lifetime, and, given its crisp, clear sound — due to its small leather-covered wooden hammers — it proves a very viable instrument for his music, as he realized when he visited Frederick the Great in 1747.