Recently, people of Asian descent have been the victims of racist attacks, unfairly scapegoated for spread of Covid-19. Early Music Seattle stands with Asian Americans. We take this moment to celebrate the Asian musicians that devote their lives to studying, promoting, and preserving the ancient music of Asia. As reported in an earlier article, I had the pleasure of seeing this commitment first hand as I traveled to China last spring to study and perform Chinese music from the Tang Dynasty, participating in the Tang Music Revival, a project spearheaded by Professor Weiping Zhou of the Shanghai Conservatory. Weiping has commissioned a group of Tang era instruments constructed on a combination of iconography and surviving instruments. He brings scholars and performers from around the world to work with students in the classroom and in musical ensembles to further an understanding of Tang Dynasty music.

Here in the USA several musical organizations take a variety of approaches to ancient Chinese music. The Ba Ban Chinese Music Society, based in New York City, brings a folk and classical music lens to its work. They have deep roots in the Chinese community in Queens, performing many free concerts in libraries and community centers, as well as teaching in area schools.

The Eurasia Consort, based in New York City and Seattle, takes an approach to ancient music that would be familiar to Western-oriented early music performers, paying great attention to historical instruments, repertoire, and performance styles. Tomoko Sugawara, co-director and kugo harpist with the group, devises detailed arrangements of Tang music based on scholarly editions and the idiomatic performance characteristics of a variety of instruments depicted in Chinese visual art. The Eurasia Consort goes a step further, commissioning new works by contemporary composers such as Bun-Ching Lam and Alice Shields (Both premieres were cancelled due to the spread of Covid-19).  Very much a part of the world of mainstream early music, the ensemble performed on the 3Gotham Early Music Scene (GEMS) Midtown Series in January 2019 and again in September 2019.

As the world braces for the onslaught of Covid-19, we do so shoulder to shoulder with our Asian colleagues, both at home and abroad, and we vow to protect them and their interests in the challenging days ahead. We celebrate the richness and texture they bring to early music. 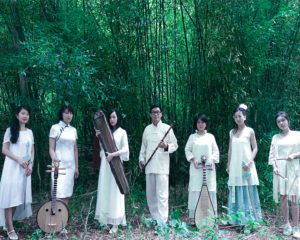 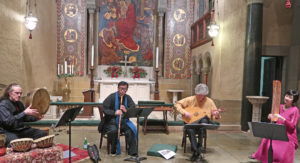