We are proud to partner with Alex 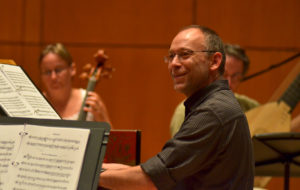 Alex Weimann is our esteemed music director who masterfully plays the harpsichord while conducting our Seattle Baroque Orchestra in performances with visiting guest artists and local creative partners like the Byrd Ensemble and Whim W’Him Modern Dance Company.

We are grateful to Alex for his Direction of Early Music Seattle and we are proud to work with him on raising awareness and support for the Musical Arts in these challenging times!

We sat down with Alex recently and spoke about early music. Watch the full interview or highlights below.

Alex reflects on the comfort and profound human expression that is music in troubled times, and thanks Early Music Seattle supporters. Watch here…

The role music plays and how it’s more important than ever. Watch here…

The challenges and exhilarating parts of being a musician. Watch here…

Alexander Weimann is one of the most sought-after ensemble directors, soloists, and chamber music partners of his generation. After traveling the world with ensembles like Tragicomedia, Cantus Cölln, the Freiburger Barockorchester, the Gesualdo Consort and Tafelmusik, he now focuses on his activities as Artistic Director of the Pacific Baroque Orchestra in Vancouver, and as music director of Les Voix Baroques, Le Nouvel Opéra and Tempo Rubato.

Recently, he has conducted the Montreal-based baroque orchestra Ensemble Arion, Les Violons du Roy, and the Portland Baroque Orchestra; both the Orchestre Symphonique de Québec and the Montreal Symphony Orchestra have regularly featured him as a featured soloist. In the last years, he has repeatedly conducted the Victoria Symphony and Symphony Nova Scotia, most recently with Handel’s “Messiah”.